Although gold is considered the ultimate safe haven, the price of silver has outpaced the yellow metal in the wake of the Brexit vote. Over just the past week alone, the silver price has soared ahead, outpacing gold's gains by a substantial 15%.

From the start of the year until early April, silver prices had lagged behind gold prices. But then the white metal surged ahead for a few weeks until it backed off into early June.

That's when silver took off once again. By June 23, the day of the Brexit vote, both metals had gained about 24% on the year.

Today, we're going to take a look at the relationship between the gold and silver price – and the one metric that will dictate their long-term paths.

Why the Price of Silver Surged More Than 10% Last Week 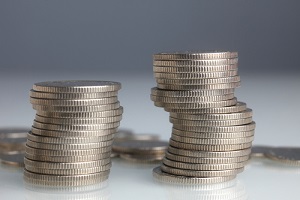 Silver kicked off the previous trading week with a slight loss. The metal traded mostly flat throughout the day and closed 0.3% lower at $17.73.

As we headed into Tuesday, June 28, silver prices actually weakened a bit in overnight and early morning trading. They opened lower at $17.61, but soon gained 0.1% to settle at $17.75.

The silver price action really kicked in late Tuesday and early Wednesday morning. That's when prices were pushing toward the $18 mark.

Early Wednesday morning, silver was still heading higher. When markets opened, it had breached the $18 mark and was trading at $18.17 – the highest level since January 2015. By the end of the session, the price of silver posted a 3% gain and closed at $18.27.

On Friday, July 1, the silver price witnessed another surge that started the previous evening. Prices rocketed above the $19 mark by midnight, adding 4.8% to close the day at $19.59.

While the silver price remains the most closely watched silver metric, there's another that deals with its relationship with gold prices. 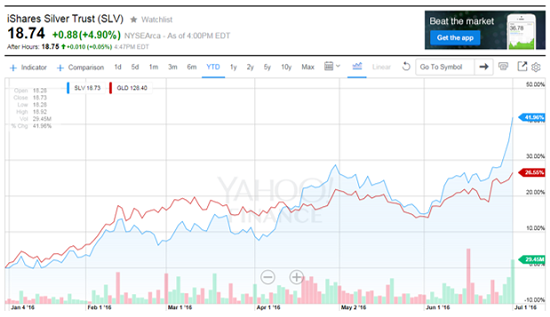 Of course, we can clearly see the recent outperformance of silver versus gold. It's been quite dramatic in just the last week of trading. When silver really gets going, its gains can be breathtaking.

And yet, by other measures, there could be a lot more where that came from.

The most important metric to watch is the gold/silver ratio, which measures the number of silver ounces required to buy one ounce of gold.

In just three trading days, the ratio dropped from about 74 to 70 thanks to the silver price outpacing the gold price's gains.

This ratio has averaged 60 over the last several decades. If gold remains above the $1,300 level, that would imply nearly $22 silver prices.

It could take a while to get there, but I'm expecting those targets could become a reality by the early part of 2017.

The bottom line is every investor should own at least a little silver. It could make a considerable contribution to your portfolio's overall gains down the road.

The Only Way to Prepare for This "Extinction-Level" Event

The price of gold is trading at its highest level since July 2014. Many investors think the surge is a part of the broader rally in commodities this year. After all, the Bloomberg Commodity Index has gained 10.5% year to date.

But gold shouldn't be bought and sold like a commodity. In fact, it should be held and stored as a way to hedge against volatility in the broader market.