With the highly anticipated Amazon Prime Day coming tomorrow (Tuesday, July 12), investors want to know if the event will be a long-term boon for AMZN stock.

If history is any indication, the Amazon.com Inc. (Nasdaq: AMZN) stock price could hit an all-time high tomorrow. During the week of Amazon Prime Day last year, shares of the e-commerce giant reached a record $483 a share. That was a one-week gain of 6%.

But will this be a short-term stock rally, or a sign of Amazon stock's long-term potential?

Before we reveal whether or not you should buy Amazon stock, here's everything you need to know about the company's "Black Friday in July"…

Why Amazon Prime Day Is a Big Deal for AMZN Stock 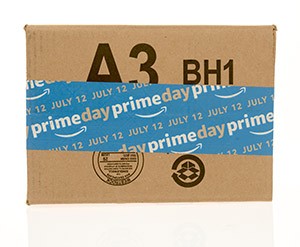 Despite competition from other retailers like Wal-Mart Stores Inc. (NYSE: WMT), Amazon Prime Day 2015 proved to be a huge success for the company.

U.S. sales on the e-commerce site skyrocketed 93% during its first Prime Day on July 15, 2015. Meanwhile, sales across Europe increased 53%. Those gains came despite a lot of backlash from users about the lack of sale items offered, items being sold out, and the lackluster "Lightning Deals."

But Amazon is improving the experience this year, promising more deals and better bargains. The company is expected to offer more than twice the number of deals offered last year.

It's also projected to bring in more web traffic than Cyber Monday and Black Friday, two of the busiest days for retailers. Last year, there was an 18% increase in orders placed worldwide on Amazon Prime Day than on Black Friday, which was the biggest ever. Roughly 34.4 million items were ordered across every Prime-eligible country, which smashed all Black Friday records. About 398 items were ordered every second.

And sales are expected to easily surpass last year's tally. Because of the anticipation, the Amazon stock price hit a 52-week high of $755.55 today (Monday, July 11).

That's why investors have been asking us whether they should buy Amazon stock following the event, since the stock is already trading at an all-time high.

Here's our recommendation on how to play Amazon stock in 2016, plus our long-term price target…

With this massive boost in sales, Prime Day is a huge deal for AMZN stock. But the sales event is just one reason why we think Amazon stock is one of the best tech investments out there.

The first reason why we like AMZN stock is its incredible dominance over the e-commerce market.

The second reason is Amazon's retail growth in another category – clothing.

Amazon is projected to post U.S. sales of $27.8 billion just from apparel alone in 2017. According to Cowen & Co., those sales would be enough to displace Macy's Inc. (NYSE: M) as the leading clothing retailer the United States. Four years ago, Macy's apparel sales were five times greater than Amazon's.

The third reason we're bullish on the Amazon stock price is the company's recent launch of Channels on Amazon Audible.

Earlier this month, Audible – which provides more than 180,000 audiobooks – launched Channels. This is an unlimited, ad-free listening service featuring a collection of original programming and exclusive content. Listeners get episodic programs, comedy, lectures, and audio periodicals.

Amazon is set to report earnings on July 21 after the closing bell. Analysts expect the company to report $0.98 per share – up from an estimate of $0.89 three months ago.