What's even better is that the Amazon.com Inc. (Nasdaq: AMZN) stock price rally is far from over… 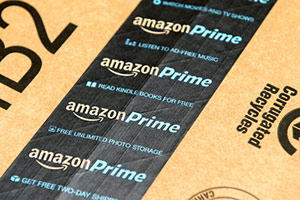 Before we get into our long-term position on Amazon stock, here are some key highlights from the e-commerce giant's Prime Day 2016.

Amazon launched Prime Day last year in celebration of its 20th anniversary. The event, dubbed Christmas in July, was an overwhelming success. That led Amazon to make it an annual event.

Tuesday's Prime Day offered deals for 100,000 products for Amazon's Prime members. Official sales numbers are weeks away, but sales from this year's event are estimated to be twice as much as last year's. In 2015, Prime Day had sales between $375 million and $400 million, according to CNBC.

Here's what we know so far…

In addition to record sales volumes, Amazon was expected to have added "a few hundred thousand" new Prime members. Prime members are key to Amazon. They are much more active buyers on Amazon than non-members.

The company has never released details about its Prime user base except to say that it has tens of millions of subscribers. The consensus estimate among analysts is 50 million, though.

What's Next for the Amazon Stock Price Following Prime Day

Retail isn't the only reason to be bullish on the Amazon stock price long term.

Amazon is also a leader in cloud services and storage, and the budding Internet of Things (IoT) space.

In short, the IoT is about connecting devices over the Internet and letting them talk to us, applications, and other devices.

In October, Amazon launched AWS IoT, a new service that lets users connect their devices to cloud-based apps and interact with their other devices. Customers pay $5 for every million messages sent using the service.

"The firm says it can support 'billions of devices and trillions of messages,'" Money Morning Director of Technology & Venture Capital Michael A. Robinson said earlier this year. "In other words, Bezos has once again broken ground for another multibillion-dollar web business."

That groundbreaking technology is a big part of the reason why so many analysts are upbeat on the Amazon stock price.

According to Wall Street Journal data, of the 44 analysts covering Amazon, 33 issue a "Buy" rating on the stock. Six maintain an "Overweight" rating, and five rate it a "Hold." The average price target is $817.59 per share. The high end of the range is $1,000.