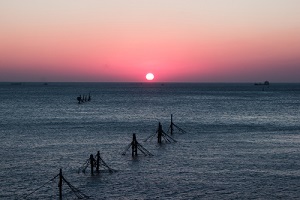 In another snub to international law, Chinese officials announced they're closing off part of the South China Sea to run naval drills this week.

And the Red Dragon went even further to make sure its drills will run uninterrupted...

U.S. officials don't know much about the drills, other than that they will be staged in an area to the southeast of the island province, which China will close from Monday to Thursday, according to Russia Today. 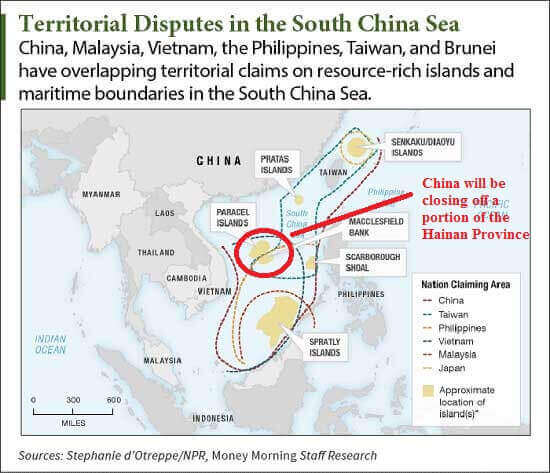 The announcement struck many as odd, as it happened during a three-day visit to China from the U.S. Chief of Naval Operations Admiral John Richardson. Richardson met with Chinese officials to discuss the South China Sea dispute and how the United States and China can ease their tense relationship over sovereignty in the region.

In addition to its naval drill announcement, Chinese officials also said that it won't stop construction on the islands or reefs in the South China Sea, Russia Today reported...

China's defiant moves come only a week after an international tribunal in The Hague ruled that China's claims to the island territories in the South China Sea were unfounded. The tribunal, called forth by the Philippines, also delivered a scathing rebuke of China's military involvement in the region.

Over the past year, the United States has been patrolling close to Chinese-held islands. The patrols have incited China to send fighter jets and naval ships to ward off American vessels.

China has declared sovereignty over almost all of the South China Sea, despite contested claims by Vietnam, the Philippines, Taiwan, and other island countries in the region, according to Russia Today.

Could the United States go to war with China over the South China Sea dispute?

Many think it's possible.

Here's why, and exactly how it could happen...