China appears to be building huge, reinforced hangars for a fleet of fighter jets in the South China Sea, according to satellite images from the Asia Maritime Transparency Initiative.

While no actual fighter jets have been seen at the hangars yet, their rapid construction and reinforced building material suggest that’s likely to change soon, AMTI reports.

The satellite images show China nearing completion of hangars in the Fiery Cross Reef, the Subi Reef, and the Mischief Reef. 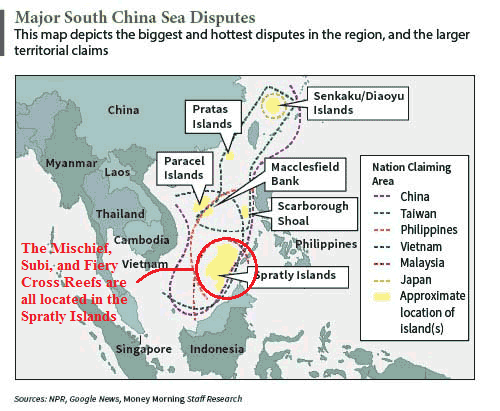 China’s building efforts on the Fiery Cross Reef (pictured below) show two potential military hangars on the southern end of the runway. 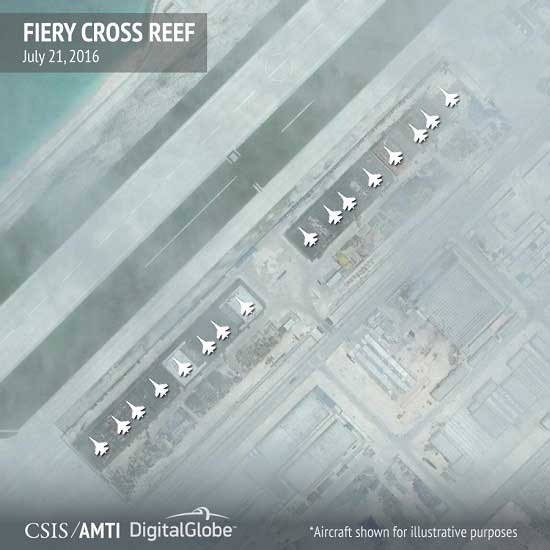 On the Subi Reef (pictured below), all of the alleged military hangars are on the southern end of the runway. Two medium hangars and two large hangars will likely be connected to the runway by a taxiway, AMTI reports. 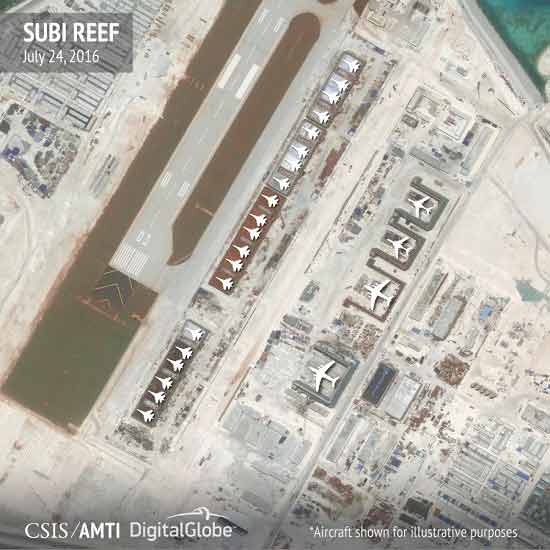 Construction of hangars on the Mischief Reef (pictured below) are at an earlier stage than the other two reefs. Small hangars are being built across the length of the runway.

Why There’s Fighting Over the South China Sea

Over the past year, China has sent naval ships and fighter jets into the South China Sea to establish claim over the area’s islands.

China asserts that it owns almost 90% of the regions in the South China Sea, where some $5 trillion in ship-borne trade passes through each year. And nearly one-third of the world’s shipping sails through the sea’s waters. The resource-rich regions are highly sought after by other countries, too.

In fact, China’s push has been met with serious opposition from the Philippines, Vietnam, Taiwan, and other island countries in the area.

In an international tribunal in The Hague on July 12, these countries declared that China’s claims on islands in the South China Sea were unfounded. The tribunal also ruled that Chinese efforts to create man-made islands were illegal.

With its own aircraft and naval ships, the United States has also starkly opposed China’s expansionary efforts in the South China Sea.

Here’s how it could happen…

Russia grabbed Crimea and now another Totalitarian nation has grabbed
islands in the South China Sea. Hmmm right near the Pacific – perhaps the time is right (or right after they finish and put 2 dozen planes on the ground) for a nice big tsunami to take out their precious aircraft and structures. They can't be more than a few feet above sea level.
The several nations with probably much more legitimate claims will be
howling with glee.
An additional benefit will be revenge for the billons of reef and other
organisms the bastards wiped out by dredging.