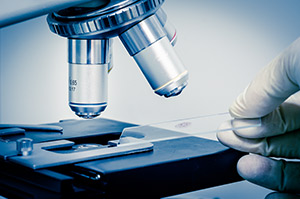 Best Biotech ETF: The biotech sector has been greatly outperforming the broader markets over the past three months. In fact, the Nasdaq Biotechnology sector has climbed more than 14% since June, while the Dow is up just 2% in that time.

And we see those biotech gains continuing from here. That's why we're bringing readers the best biotech ETF to buy now.

Right now, the biotech sector is in the early stages of a significant rally. And the best biotech ETF that we're recommending today is poised for market-beating gains through the end of 2016 and into 2017.

You see, the biotech sector fell 31% from July 2015 through February 2016. But since then, the sector has staged a sharp recovery.

The 4 Biggest Catalysts for Biotech Stocks and ETFs Now

According to Robinson, these four catalysts will be major factors through the end of the year and into 2017:

"Put it all together and that's strong momentum for biotech's quiet comeback," Robinson said.

And there is one ETF that offers the best way to profit from the biotech sector today. Here's the best biotech ETF to buy now…