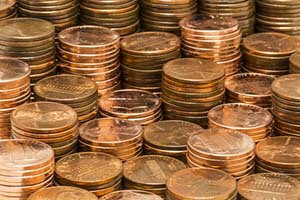 Investors can make a lot of money very quickly if they know which penny stocks to watch.

Penny stock investing isn't for everyone, as it can be highly speculative and volatile. Yet the gains are attractive because you can make a great deal of money in a relatively short period of time.

How to Choose Penny Stocks

Knowing where to start is one of the hardest problems for penny stock investors. Because penny stocks are so volatile, it's important to know the pitfalls to avoid.

If you're going to invest in penny stocks, you'll want to stick to the ones that are traded on the major indexes such as the NYSE and Nasdaq. Avoid the OTC and Pink Sheets, as these indexes have sparse financial reporting requirements and can be a breeding ground for scams.

Here's what to keep in mind when looking for the best penny stocks. Take a look at the company's website and its 10-K filing. Consider its financial strength as well as its industry and products/services. Look for businesses that have products or services in trending industries or for companies that could be buyout targets.

Now that you've got the basics, here are our top six penny stocks to watch this month...

Technology is one of our major trends to follow at Money Morning, and this is what makes Hutchinson Technology (Nasdaq: HTCH) a good penny stock to watch. This Minnesota-based company designs and creates disk drive components and optical image stabilization (OIS) actuators for smartphone cameras.

The company has been working towards a merger with TDK Corp., which was being held up by FTC red tape. Back in September, the FTC waived the waiting period for approval of the company merger, which resulted in a boost of its stock price.

Sorl Auto Parts Inc. (Nasdaq: SORL) is a Chinese-based manufacturer and seller of auto parts that are used primarily on commercial vehicles. The company specializes in brake systems and other safety-rated auto parts.

The company released its latest financial results in mid-August, and they were impressive. For the second quarter of 2016, sales had increased 24% year over year, and net income to stockholders went up 220% year over year.

Most people have heard of Sirius XM Holdings Inc. (Nasdaq: SIRI). This satellite radio company was founded in 1990 and has gained steady growth with its offering of commercial-free music channels, sports, news, and entertainment, primarily for drivers.

SIRI is a profitable company, with $4.5 billion in sales in 2015, which is 9% growth year over year. It's expecting more of the same for 2016. Obviously, sales growth is tied to subscribers, which today sits at around 30 million total.

The company's stock received a boost at the beginning of September after a deal was reached for it to be acquired by Crestview Partners, a New York private-equity company. Crestview agreed to pay a 55% premium over the company's Sept. 1 closing share price, and the deal is expected to close in the fourth quarter of 2016.

Novavax Inc. (Nasdaq: NVAX) is a biotech company that develops critical vaccines for such diseases as Ebola and seasonal influenza.

The company has been attempting to tackle a decades-long crisis in world medicine - the respiratory syncytial virus (RSV), which primarily affects babies and older adults. According to the CDC, this virus is the most common cause of pneumonia and bronchiolitis in babies in the United States.

The company has been running a phase 3 study on its Resolve RSV-F vaccine. So far the study has found the vaccine may not be effective for older adults, and the stock price plunged on the news. However, the RSV-F vaccine may still have use for immunizing pregnant women. On top of this, the company has many more vaccines in the pipeline.

Read on to see our top penny stock to watch from this explosive industry...