Let's say you've got a friend, a friend who works as an investment banker, and he gifts you with some inside information. Not for any compensation, just because he wants you to make some bacon, and you make $1.5 million on the trade. Is that cool?

Believe it or not, it used to be. But it's not any more. The U.S. Supreme Court just decided that the free gift of inside information is illegal for you to trade on.

The questions before the court were, if the person passing along the inside information isn't paid or compensated for gifting you with it, how can that be a crime? And, if the person acting on the tip doesn't know the tipster is breaking some fiduciary duty they have, how can the person who makes a trade on that information be committing a crime?

Those questions were answered previously by a New York Appellate Court in the negative - no, it wasn't a crime.

Here's what you need to know to stay on the right side of the new law...

Determining the Value of Inside Information 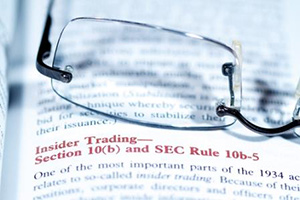 On Sept. 1, 2011, Salman was convicted on all counts in the U.S. District Court for the Northern District of California.

The government said the tips Salman got originated with Maher Kara, then a Citigroup investment banker who gave the information to his brother, who in turn passed it on to his brother-in-law, Salman.

Salman appealed, to no avail. Then another case came up on appeal that gave Salman's attorneys hope.

In 2014, the U.S. Court of Appeals for the Second Circuit vacated the insider-trading convictions of two individuals on the ground that the government had failed to present sufficient evidence that they knew the information they received had been disclosed in breach of a fiduciary duty.

In United States v. Newman and Chiasson, the court said: