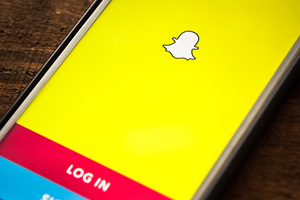 There isn't a Snapchat IPO price available, but that hasn't stopped the hype around Snapchat's public offering.

The social media company could go public as soon as March 2017, according to The Wall Street Journal.
And while demand and interest are likely going to be through the roof when Snapchat stock hits the market, investors are urged to use caution.

Just because a company is given a high valuation doesn't mean it is a good investment.

Before Snapchat's inevitable IPO, here's everything you need to know...

Snapchat is a popular app that allows its users to send videos or pictures to friends. The app also allows users to edit messages with drawings, doodles, animations, and filters.

These messages can be viewed for up to 10 seconds and then will disappear.

Users can also add their posts to a "Stories" section, where friends and followers can view the content repeatedly for up to 24 hours. Snapchat also created a "Memories" section in July 2016, which allows users to store snaps to either share or view later.

Because of its popular features, Snapchat has 235 million monthly active users (MAUs), according to Bloomberg.
And because of its large user base, Snapchat is generating millions of dollars in advertising revenue...

Snapchat makes ad revenue from either its "Sponsored Lenses" or ad space that appears in context with other snaps.

According to eMarketer projections, branded lenses and geo filters (ad-like invitations that allow users to know when and where an event will be held) could generate $102 million in revenue by 2016.
Snapchat also introduced a physical product called "Spectacles" in September. Spectacles are camera-equipped sunglasses that directly connect to the app and post messages. They are retailed at $129.99, but have only been available in pop-up vending machines.

And these growing income sources are making Snapchat's value skyrocket...

At the beginning of 2016, Bloomberg projected Snapchat was worth $25 billion.

But that could climb as high as $40 billion by the time Snapchat goes public...

These lofty revenue projections could make Snapchat one of the most hyped IPOs of 2017.

But before adding Snapchat stock to your portfolio, here's what you need to know...

Should I Invest in Snapchat?

That's because retail investors are never the ones who get rich.

"Silicon Valley's hype machine has gone into overdrive in recent years and successfully convinced millions of investors that the only way they'll make a killing is to be on board or they'll miss out," Money Morning Chief Investment Strategist Keith Fitz-Gerald said on Nov. 21.

For example, wealthy insiders were able to buy Twilio Inc. (NYSE: TWLO) stock for $15 per share before it was available to retail investors.

By the time retail investors were able to buy TWLO stock on June 23, TWLO stock opened at $23.99 per share. That means wealthy insiders netted a profit of 59% in the first few minutes of trading.
"There isn't an investment banker on the planet who gives a damn about whether or not the investing public makes a dime on the IPO. Your sole purpose is to guarantee that they get their capital first," Fitz-Gerald said.

But if you do want to invest in Snapchat stock and understand the risks, Money Moring Director of Tech & Venture Capital Research Michael A. Robinson has a way to play the Snapchat IPO.

"My exception to this rule is to put in a limit order that is fairly tight from the offering price. Otherwise the risk is you buy at the top and then go upside down. That's a big risk to carry with a new issue that hasn't hit the lock-up date," Robinson said.
Because this could be one of the biggest IPOs in 2017, we know investors still have a lot of questions. That's why we made this guide for our readers that covers everything you need to know about the Snapchat IPO.