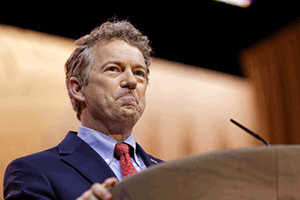 Republicans from the 40-member Freedom Caucus are taking their collective first steps toward Obamacare cuts later this month.

And part of these initial steps in the process involve drafting a budget law that would expand the national deficit and increase public debt by $9.7 trillion over the next decade. Then, should the law eventually pass, the nationwide debt would rise to $29.1 trillion by 2026.

The Freedom Caucus – which needs to have its official "position" on the matter by Monday (Jan. 9) – has historically been opposed to legislation that raises the national deficit without, at the very least, addressing a balanced budget at the same time.

In fact, on Jan. 5, The Washington Post pointed out that just last year, members of the caucus voiced outrage over similar legislation that would have likewise added to the U.S. budget deficit and nationwide debt. "We would rather torpedo the entire budget process than vote on a fiscal blueprint that increases spending without balancing the budget," the caucus had said in an official statement.

I had thought during the election campaign, that the Republicans were just going to scrap "Obamacare" immediately they got into power, and not bother replacing it with anything. "O/care" was just a device where those families getting less than $100,000 a year were being subsidized by those earning over that. As a rock hard Republican earning more than three times that, I was resenting being robbed bitterly.

Its time we consider the working people of America, not the freeloaders. I have a solution that will cost nothing to repeal obama care, no free insurance, no more welfare and food stamps without working for it. Nothing in our constitution says we should pay to raise other peoples children. I paid for mine working hard, long hours. It burns me to see people shopping and using free cell phones I am paying for just because they are too lazy to work. Welfare was to help people who were too old to work or sick for a short time, not a lifetime free ride. Check what it cost for welfare, you could pay off our national debt in ten years with the savings, 90 percent of so called disability people could and should be working. If our vets can come home missing limbs and still hold jobs, these jokers are able to hold a job and feed their own family, disability payments should be for six months only, then you are on your own. All we have to do is go back 100 years to see that people can and should take care of their own, when no welfare or disability payments were in place, people survived and took care of their own, we have become a nation of freeloaders, who hold out their hand and say feed me, you owe it to me, we need a new law, no work-no eat. This would solve this problem. I will help anyone who will help themselves, but not help people who are able to work and won't . Politicians use these people to keep them in office by funding these free programs, a person that does this is stealing from the American people. This is no different than robbing a bank, its still theft.

IF WE WANT TO MAKE AMERICA GREAT AGAIN, stop all welfare. Every American owes this country for the right to live here, America owes you nothing. Our forefathers paid the price in blood for our freedom to live here. They fought, died and become maimed doing so. They didn't expect a welfare check for doing it. In America, everybody should work and contribute to the American dream our forefathers left us, have pride in our country. If you want to be a welfare lifer, move to a country that is controlled by a dictator. Every person on welfare and food stamps should work 35 hours a week at public service at minimum wage to to recieve them. All disabled people should be re-evalued every six months to receive it except military vets, see just how much we save then. GOD BLESS AMERICA, MY HOME, SWEET HOME