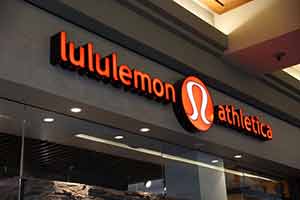 Geopolitical risks could have the biggest impact on today's stocks to watch.

Markets were jolted by comments from British Prime Minister Theresa May. On Sunday, May said the UK would make a definitive break with the European Union despite talk of a "soft Brexit." The pound slumped to its lowest level against the dollar since October, falling by more than 1% to $1.216 as European markets opened.

Here are the three top stocks to watch today...

The company also raised its expectations for expense synergies from its April 2016 completed merger with Heartland Payments Systems to $135 million. That's up $10 million from its previous target.

Shares of athletic apparel maker Lululemon Athletica slipped 1.36% at $67.30 in early trading despite upgrading its guidance for Q4.

Best known for its yoga apparel, Lululemon cited strong holiday sales at brick-and-mortar stores and digital channels for the upbeat guidance. This week, Lululemon will present at the ICR Conference in Orlando. Its full earnings report will be released at the end of March.

Takeda is paying $24 per share in cash for Ariad. That represents a more than 75% premium to Ariad's closing price on Friday. The deal is expected to close in late February.

Ariad is an oncology company that engages in the discovery, development, and commercialization of drugs for cancer patients in the United States and internationally.

Takeda CEO Christophe Weber said opportunities to acquire such high-quality, complementary targeted therapies do not come often. He added that Takeda is excited about the potential for this transaction for patients and shareholders.

Get on the Path to Greater Wealth: Timing is everything when it comes to making money in markets - and this new, free service we created puts timing on your side...