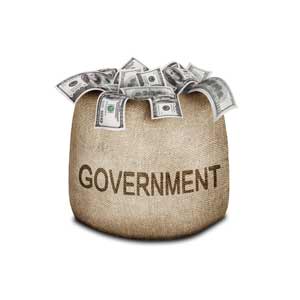 A new executive order for retirees is about to go into effect - and it could help you retain the profits being reaped from "26(f) programs."

You see, a "26(f) program" provides investors the opportunity to earn $68,870 a year by owning a portfolio of safe stocks. Some "26(f) programs" even let you get in on the ground floor of the hottest IPOs before they launch.

However, the best part about the programs is that you receive your money each month. You're not required to wait decades for your payout like you are with a traditional or Roth 401(k).

The U.S. Department of Labor (DOL) is expected to pass a new measure that will charge big fees when receiving money from 26(f) programs. It would require retirement managers and advisers to work in your best interest. Although that sounds like a good thing, it would actually require them to charge you more for their services. That would cut into your potential $68,870 in annual profit.

But one of President Donald Trump's new executive orders plans to fight the DOL's controversial measure...

How Trump's New Executive Order for Retirees Could Protect Your Profits

On Friday, Feb. 3, Trump signed an executive order for retirees that will delay the DOL from implementing the new measure. Officially known as the "fiduciary rule," the measure was supposed to go into effect on April 10. However, the fiduciary rule could cause what Money Morning Chief Investment Strategist Keith Fitz-Gerald is calling a "retirement blackout."

You see, the fiduciary rule would let investment advisers charge you big fees no matter how much they're working with you on your finances. These fees would come in the form of "wrap fees" and "uniform pricing." The former would force clients to pay their advisers a percentage of their assets, while the latter would make clients pay fees on certain investments. These include high-yield products like real estate investment trusts (REITs).

But Trump's new executive order for retirees is set to delay the rule's implementation on April 10. The order directs the DOL to review whether or not the fiduciary rule is harmful toward investors and disruptive toward the retirement advice industry.

While the executive order would let you hold onto more of your money from 26(f) programs, there's no guarantee it will pass...

The order has been greeted with a fair amount of outrage. On Feb. 3, Sen. Elizabeth Warren denounced the order as "one that will make it easier for investment advisers to cheat you out of your retirement savings." It's likely that Warren and other congressional Democrats will try to delay Trump's new executive order for retirees until after April 10 once the fiduciary rule is implemented.

That's why you need to act now to protect your 26(f) program profits. Fitz-Gerald - a professional trader and analyst with over 30 years of global experience - developed a strategy in response to this upcoming retirement blackout on April 10.

In his new presentation, you'll get his strategy on how to protect your profits. You'll also learn everything you need to know about how to benefit from 26(f) programs - and how you can use it to make your financial dreams come true.

Here's everything you need to know about 26(f) programs, right here...