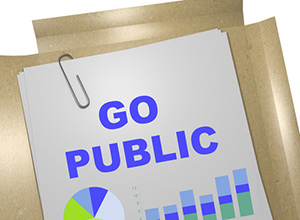 Yext is valued at $525 million, but the Yext IPO won't be as hyped on Wall Street as the recent Snap Inc. (NYSE: SNAP) IPO.

But tech investors have anticipated the IPO for two years, which means there will be a frenzy for Yext stock on the Yext IPO date. We could see the Yext IPO as soon as April.

Of course, the mainstream media will talk about the tech company going public, but you won't see advice on whether Yext is a good investment.

That's why we're providing Money Morning readers with everything they need to know about the company in our Yext IPO and stock guide. That will include whether it is a good investment.

Let's start with what the company does...

Businesses use Yext to improve the online information about their business.

You see, online information may not always display accurate details like a company's website, hours of operations, or its location.

Through the Yext Knowledge Engine, accuracy about a business' information can be improved through search engine optimization, GPS systems, digital assistants, and social networks.

And since its founding in 2006, Yext has built an impressive client list, including:

And with those impressive clients, Yext is rapidly growing its revenue...

How Much Money Does Yext Make?

According to its IPO filing, Yext generates most of its money through growing its current products and services as opposed to acquisitions.

That means losses for the company increased by 53.17% in one year.

In the IPO filing, Yext said the key factors affecting its performance were adding new customers, retention and expansion of its existing customer base, and the market adoption of cloud-based digital knowledge software.

Now that you know how the tech company operates and its revenue totals, here are the must-know details about the IPO...

What Is the Yext Stock Symbol?

Luckily for Yext, the "YEXT" stock symbol was still available.

This will help investors easily identify the company and make it easier for them to find the stock symbol.

Yext will be listed on the New York Stock Exchange (NYSE) under the symbol "YEXT." So on the official Yext IPO date, it will appear as Yext (NYSE: YEXT).

So when can investors get their hands on the tech stock?

When Is the Yext IPO Date?

Yext filed its IPO with the U.S. Securities and Exchange Commission (SEC) on March 13, 2017.

However, filing an IPO in March doesn't mean the company will go public this month...

If Yext follows Snapchat's timeline, the Yext IPO could happen as early as April.

All of this information is important to have, but the most important question investors have been asking us is "should I buy Yext stock?"

Should I Buy Yext Stock?

How will we know when YEXT is available to purchase?

We actually have a free service where we update our readers about breaking news in IPOs called Profit Alerts.

You can find it right here- https://moneymorning.com/profit-alerts-signup/

By selecting IPO Watch, you will receive an email each time we cover a company going public.

Thanks for checking out the article.