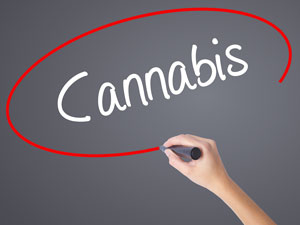 Marijuana remains legal in more than half of the U.S. states and the District of Columbia, and the top pot stocks to watch continue to soar in 2017.

While marijuana stocks are still a speculative investment, the future is incredibly promising for the legal cannabis industry...

Why You Want to Watch Pot Stocks

Marijuana has simply become too big to fail. Sales in North America for legal marijuana in 2016 topped $6.7 billion, and that number is expected to climb to $20 billion by 2020.

The consensus is that legalized marijuana is here to stay and likely to continue expanding across the country.

Marijuana investors should still use caution, however. No one can predict with complete certainty what is going to happen with this industry. Many pot stocks also trade as penny stocks, which means that investors need to treat them as speculative investments.

Mountain High also diversifies its holdings with other purchases. For example, it now owns GreenLife BotaniX, which is a CBD hemp oil company. The company also owns a company out of Kentucky called "Freedom Seed and Feed," which specializes in industrial hemp cultivation and processing.

I'm a novice… I'm canadian
Do I have to get a american broker to invest in those companies ?