IPO News: There's a massive new development out of Cambridge, Mass., the home to some of the top academic minds at Harvard University and the Massachusetts Institute of Technology (MIT).

A secretive biotech company that doesn't sell any products somehow has a valuation of $4.7 billion. This stealthy startup is sitting on $1.3 billion in cash and has raised over $1.9 billion since its inception.

Little is known about the CEO other than he reportedly has a $500 million fortune.

This private company could revolutionize modern medicine, and it may go public soon if it can successfully launch a new vaccine ...

There are reportedly 12 drugs in its pipeline, although there are very few clues as to what the biotech firm is actually working on. 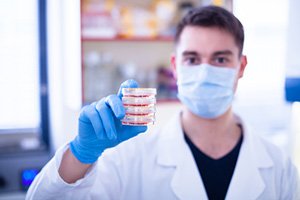 According to Forbes, the company's remedies could cure everything from cancer to the Zika virus.

In fact, well-known pharmaceutical companies are lining up to invest or work with the secretive group.

In 2013, this private business signed a deal for a $240 million cash payment with AstraZeneca Plc. (NYSE ADR: AZN), a biopharmaceutical company worth nearly $80 billion. AstraZeneca followed that with a $140 million investment in 2014.

Alexion, a rare-disease specialist, also jumped at the chance of investing with $25 million in 2014.

We're closely watching this company because of the success of recent healthcare IPOs.

Must Read - Spotify IPO: The Secret Way You could Make Up to 156% in Profit

That's an increase of 82% in just over two months.

Of course, finding news about the tight-lipped firm hasn't been easy. But because of an obscure lawsuit, there's more information available about the secretive company than ever before.

Here's the scoop on what could be the biggest healthcare IPO this year...

This Could Be the Biggest IPO News of 2017