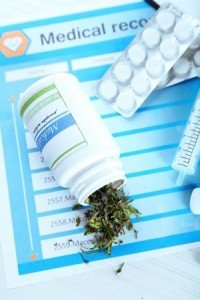 Over 28 states have now legalized marijuana in some form.

That means one in every five Americans can now use marijuana legally, without the consent of a physician.

However, even though more Americans are able to lawfully use the drug, we're finding some unexpected obstacles associated with legal marijuana use.

One of those obstacles is life insurance.

You see, life insurance carriers will test urine and sometimes blood. The check will reveal marijuana usage – whether it's legal in your state or not.

And once the insurance carrier has that information, it can be used in myriad ways.

Most insurance companies do not differentiate between legal marijuana use and smoking tobacco.

"Carriers tend to view both activities the same way, but they can differ from one another in how they treat these activities," said Steve Kobrin, an independent life insurance broker who specializes in high-risk policies, to Investopedia on Mar. 29.

Additionally, a number of factors may impact how insurance companies treat legal marijuana use. Frequency and dosage, how the marijuana is used, and applicant's age may be considered.

Will Marijuana Use Change Your Premium Price?

If your policy considers legalized marijuana use the same as tobacco use, you could see your rates go up.

However, in some cases, you could avoid being labeled as a "smoker" because there are some carriers who distinguish between smoking, ingesting, or vaporizing.

"How you get the drug in your system could result in a price break," said Kobrin. "The difference could be as significant as being rated a non-smoker as opposed to a smoker."

But in some states, pot users question whether they should disclose their activities at all…

For many the use of marijuana lowers health risks and may prolong life which should negate the premium hikes imposed by life insurers. What are the rate differences for alcohol vs. non-alcohol consumers.