Cloudera Inc. filed paperwork for a public offering on March 31, and it will be the next big IPO hyped by Wall Street because of its $4.1 billion valuation.

Wall Street may be ignoring this profit play, but Money Morning readers will be rewarded for having this potential double-digit profit opportunity on their radar.

I'll get to the best way to play the Cloudera IPO in just a bit.

Right now, I want to make sure our readers are caught up with the most important facts from the Cloudera IPO filing paperwork.

The Most Important Facts to Know Before the Cloudera IPO Date

While we know the stock ticker, a Cloudera IPO date hasn't been set. But when the company does go public, we recommend Money Morning investors avoid purchasing shares of CLDR. 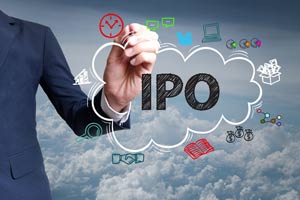 That's because after the hype dies down, IPO prices are extremely volatile. For example, shares of Snap Inc. (NYSE: SNAP) opened at $24 per share on its March 2 IPO. But roughly two weeks later, shares of SNAP traded at an intraday low of $18.90 on March 17.

That's because one company you could invest in right now has $902 million worth of Cloudera shares.

Here's everything you need to know about the profit opportunity Wall Street is ignoring...