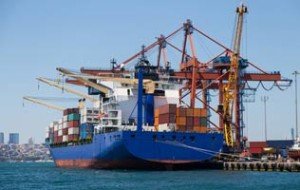 Yesterday, Richmond Federal Reserve President Jeffrey Lacker resigned. The resignation came after an investigation into a leak of sensitive information back in 2012. The leak resulted in insider trading investigations but no charges were filed.

On the heels of Lacker's resignation, the meeting minutes from the March FOMC meeting will be released today at 2:00 p.m. after three other economic reports. The reports being released are the ADP employment change, Markit PMIs, and ISM nonmanufacturing.

Walgreens stock is down 0.8% in early morning trading after missing earnings expectations.

Revenue also missed expectations, coming in at $30.18 billion. Analysts expected $30.26 billion in revenue for the quarter.

Wrapped up in earnings, Walgreens announced that it will set a share buyback program of $1 billion. It will start before the end of the year when the previous buyback program expires.

DryShips stock is down 4% in early morning trading after ending its buying spree with six more vessels.

The drybulk carrier bought six more vessels in order to rebuild its fleet. The purchase will cost $268 million and brings its acquisitions up to 14 vessels this year at a total cost of $663 million.

While the fleet buildup was necessary, there are fears that building the fleet in three months has spread the company too thin. Especially since the fleet is highly diversified, increasing upkeep costs.

Panera stock is up 13.7% in early morning trading after accepting an acquisition bid.

The food service company will be acquired by JAB for $7.5 billion. JAB, a privately held company, will buy Panera shares for $315 each in cash. That deal is a 30% premium from the 30-day volume-weighted average stock price on March 31.

The deal is expected to close sometime in the third quarter.

Up Next: 7,524 millionaires are legally manipulating penny stocks, driving up the prices. By getting in behind these trades, it's like you're making their shares your shares for huge gain potential in a matter of weeks. Read more...