T. Rowe Price was founded in 1937 and is based in Baltimore, Md. The company is expected to report earnings before the opening bell on April 25, 2017. Analysts project T. Rowe will report EPS of $1.20 on $1.10 billion in revenue. 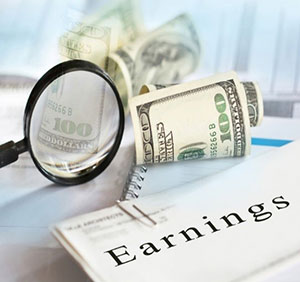 Lockheed Martin was founded in 1909 and is headquartered in Bethesda, Md. The company is expected to report earnings before the opening bell on April 25, 2017. Analysts project Lockheed will report EPS of $2.79 on $11.22 billion in revenue.

The Coca-Cola Co. was founded in 1886 and is headquartered in Atlanta, Ga. The company is expected to report earnings before the opening bell on April 25, 2017. Analysts project Coca-Cola will report EPS of $0.44 on $8.89 billion in revenue.

Chipotle Mexican Grill was founded in 1993 and is based in Denver, Col. The company is expected to report earnings after the closing bell on April 25, 2017. Analysts project Chipotle will report EPS of $1.29 on $1.05 billion in revenue.

Your Next Profit Opportunity

When it comes to making money in the market, "getting in" early – before a stock begins to make its decisive move – is the single biggest factor to your success as an investor. Quickly buying Apple after the June 2013 sell-off, for instance, could have doubled your money. Moving on Valeant the same day we recommended our big "negative bet" against it would've booked you a remarkably fast 700% return. That's why we've introduced Money Morning Profit Alerts. This new, free service lets you choose what investing areas you want to follow – and makes sure you get alerted to news from that sector as soon as we publish it. It means no more waiting. No more searching. No more missing out. It's easy to get started – just go here.