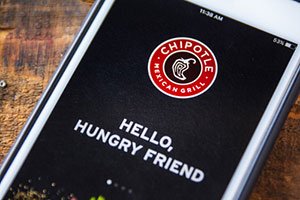 President Trump's tax plan will be released today. His plan will be a general outline instead of a detailed plan. Investors can expect a cut in corporate taxes, but there will likely be no mention of a childcare tax credit or infrastructure spending.

After yesterday's strong housing numbers, a June rate hike looks more likely. Yesterday, the probability stood at 43.7%. Today, that probability has risen to 72.6%, according to the World Interest Rate Probability data.

Chipotle stock is up 1.7% in early morning trading after quarterly sales increased.

The company has been struggling to win back customers after an E. coli outbreak in 2015. This quarter saw comparable restaurant sales increase 17.8% for the first time since the outbreak.

Restaurant-level operating margin increased from 6.8% to 17.7%.

Rare Gold Anomaly: An event so rare, it's only happened twice in 20 years! And it's about to happen again. Find out more.

Northrop Grumman stock is up 1.2% in early morning trading after it raised its year-long outlook.

Revenue also increased this quarter over last year. This quarter, revenue was $6.267 billion, while last year it was $5.956 billion.

Northrop Grumman is expecting sales to be $25 billion for the year.

Twitter stock is up 10% in early morning trading after posting its earnings report.

Revenue of $595 million was a drop of 6% this quarter compared to the same quarter last year. It did beat the expectation of $517 million.