Alphabet Inc. (Nasdaq: GOOGL) could be looking at a potential split in the near future, thanks to overzealous government regulators and Uncle Sam's incessant desire to meddle with the private sector.

Google is no stranger to these types of threats... 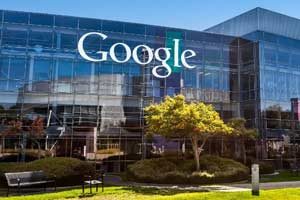 In 2017, EC regulators in Europe voted to "break up" the Internet behemoth, splitting its search engine from its other commercial services. The EC said Google had "systematically" favored its own comparison shopping product in its search results, and that led Google to have an "unfair advantage" in breach of EU antitrust rules.

Now, Google may be facing a similar sanction in the United States - an event Money Morning Chief Investment Strategist Keith Fitz-Gerald predicted back in 2014. "If the EU ever decides to break up Google, American regulators won't want to be upstaged," Keith said. "I think American regulators will ultimately follow along."

We reached out to Keith for an update now that events are unfolding as he anticipated.

Keith pointed out that government interference would be a worst-case scenario for a company like Google -- and the American public. Google currently holds over 88% of market share in search advertising. "There's no doubt that Google needs to be broken up. But it needs to be broken up by the free hand of capitalism, not by the government," Keith said today (April 26).

A seasoned market analyst with over 35 years of experience, he's seen firsthand what kind of effect regulation could have on business and he is, not surprisingly, a fierce free market advocate...

Nothing Is More Dangerous for Google Than the U.S. Government

"Every time the government gets involved, they screw it up," said Keith.

For example, the U.S. government broke up the Bell Telephone Co. in 1983 by way of a U.S. Justice Department mandate and the Sherman Antitrust Act. The idea was to encourage competition by requiring the company to divest itself of the Bell Operating Cos. (which provided local telephone service across the United States and Canada).

The thinking was classic big government.

"Instead of trying to help existing and new companies develop, the government wants to compete by punishing the successful. They did it with railroads, with oil, with airlines -- and now they're going to do it with technology (and, if this gathers steam, with Alphabet specifically)."
The Justice Department mandate ensured that AT&T would be responsible for long-distance services while the newly independent "Baby Bells" would provide local phone services. Equipment formerly supplied on an exclusive basis, meanwhile, would no longer come from Western Electric, an AT&T subsidiary.

Meanwhile, the so-called "Baby Bells" are back together today. Only you know them as Verizon Communications Inc. (NYSE: VZ), CenturyLink Inc. (NYSE: CTL), and AT&T Inc. (NYSE: T). This time around, they control wireless, landlines, fiber optics, and data.

"So much for limiting control -- but try explaining that to a government official who's never worked in the private sector, who doesn't understand how to create shareholder value, and who has never had to cut a paycheck," noted Keith.

The New York Times proposed an interesting theory this past weekend. On April 22, it published a piece titled "Is It Time to Break Up Google?" that expounded upon how the government could regulate natural monopolies like Google just like it regulates public utilities.

According to Keith, that would be yet another instance where the government is messing with things it shouldn't.

"The last thing you want to do is hobble one of the world's most successful companies. It will squash innovation and destroy hundreds of billions of dollars in shareholder value - much of which is in retirement plans," said Keith.

That said, don't think for a minute the government won't try, he cautioned.

"Regulators will try to sell this as a great story. That they are 'doing it for the consumer,' that 'it's intended to foster competition,' that 'you'll have better innovation.' Baloney!" warned Keith. "What the government really wants to preserve their ability to tax commerce."

"Instead of trying to help existing and new companies develop, the government wants to compete by punishing the successful. They did it with railroads, with oil, with airlines -- and now they're going to do it with technology (and, if this gathers steam, with Alphabet specifically)."

"Companies like Alphabet are completely changing the face of what we think about regulation, utilities, government, structure -- you name it," said Keith. "The company is unconventional, innovative, and empowering."

"It's not surprising to me that it rubs political apparatchicks the wrong way because it bypasses what they consider to be the proper relationship between those who rule and those who follow," Keith told us in wry tones.

Should You Still Invest in Alphabet?

You see, Alphabet is the digital equivalent of completely free choice -- and customers love it. The company offers to consumers efficiency, smarts, and convenience.

But you have to do it ahead of time, he urges. Here's why:

"Back in the ol' days you could wait for a company to split off, anticipate a pullback, and then buy shares in each of the smaller firms that came of it. In today's high-speed markets, though, you have to be in before the fight starts, so to speak -- or risk getting left far behind."

Keith says if you're already in the game, stay in. But look to buy more, "even if it's just an additional share."

And if you're not already in the game, get in "and start harnessing the innovation that regulators find so threatening."

"Alphabet Inc. is lot more valuable than government regulators will ever understand -- regulation or not."

Editor's Note: "Must-have" companies backed by Unstoppable Trends are a cornerstone of Keith's wealth-building strategy. But there's another type of investment he wants Money Morning Members to know about. It's one of his favorites, a kind of "desert island fund" he'd buy if he had to park his money in only one choice, "retire" from civilization for 20 years, and come back to a pile of money. Click here to learn more...