Most people think about Colorado when marijuana is mentioned, but Oregon is one of the biggest cannabis-friendly hotspots to watch for emerging marijuana trends in 2017. 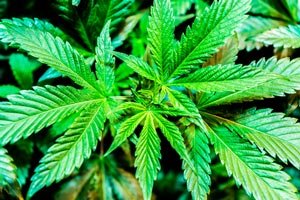 This is particularly the case with the state's largest city, Portland. During the first three months of 2016 alone, 11,000 pounds of marijuana were sold in Oregon, according to Time.

And because of the booming demand, The Portlander shared a list of "cool stuff going on in the Oregon cannabis world right now" on April 18.

Here are five of the newest cannabis trends happening in Portland…

Terpenes are the elements of marijuana that give the plant its smell, as well as influence the type of high that a person gets when they consume a particular strain.

There are different types of terpenes, some of which have a sedative effect, while others act to elevate mood or appetite.

Portland-based True Terpenes appears to be on the forefront of both studying this element of the plant and developing different terpenes products. A terpenes concentrate has the ability to reignite and even alter a stale batch of marijuana with just a few drops.

Marijuana Trends in Portland No. 4: WeedTech

The technology that has been developed to transform cannabis into oil, called "WeedTech," is now being embraced by one of Oregon's top beer brewers.

Nick Arzner of Block 15 in Corvallis is now working with hop concentrates, and he's one of the most respected brewers in the country. According to The Portlander, his flagship India pale ale (IPA) is highly sought-after, and customers will wait in lines for it.

Arzner is now bringing more attention to "WeedTech," which he is using to experiment with hop concentrates.

And just like with "WeedTech," there's another new pot trend in Portland that could start emerging across the country…

4406 Reads
The Best Penny Stocks to Own Right Now – 185% Profit Potential
The best penny stocks to own are the highest reward for the lowest risk. And there are preferably a lot of insiders buying up shares in good faith. Then I can trust the high analyst projections - like the 185% growth target on our top penny stock today.