Investing in marijuana penny stocks can be extremely lucrative. For example, shares of Cannabis Science Inc. (OTCMKTS: CBIS) surged 57.1% from $0.07 to $0.11 in January alone.

However, it's always a good idea for investors to know how to avoid marijuana penny stock scams. These can include anything from pump-and-dump schemes to insider selling.

One such insider selling scam was brought up back in February by Alan Brochstein about a marijuana company called mCig Inc. (OTCMKTS: MCIG). Brochstein, the founder of marijuana newsletter 420 Investor, alleged mCig CEO Paul Rosenberg failed to disclose a sale of at least 2.1 million shares of mCIG stock during the year ended April 30, 2016. This could be gleaned from the company's 10-K filings, which showed he had 23 million shares in 2015 but only 20.9 million in 2016.

When upper-level executives dump large positions of their company's stock, they're required to file a Form 4 saying they sold their shares. Since Rosenberg never filed one, it was considered a ploy to maintain investor confidence in the stock while he was cashing out. After all, if investors knew he was selling that many shares, they would likely think something was wrong and sell theirs as well.

But another penny stock scam was just discovered last week. It involves CannaVest - also called CV Sciences Inc. (OTCMKTS: CVSI) - which was one of the best-performing marijuana stocks of 2013. It surged 700% from $5 per share to $40 that year, even hitting a peak of $69.90 in January 2014. But shares have since erased nearly all of their value, plunging 99.7% to the current price of $0.23.

Here's how the CannaVest scam worked, and how you can avoid it and scams like it with just two marijuana penny stock investing tips...

How the CannaVest Scam Could Lose Investors Money

On June 16, the U.S. Securities and Exchange Commission (SEC) charged the Las Vegas-based CannaVest with fraud related to the firm's balance sheets back in 2013.

During the first half of 2013, CV Sciences and its CEO Michael Mona, Jr., allegedly overstated the value of the company's assets. This led investors to believe the company had more cash than it actually did. 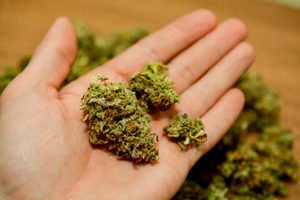 Specifically, Mona said the company bought hemp producer PhytoSphere Systems for $35 million even though he knew the actual price tag was much lower. In Q3 2013, CV Sciences recorded the acquisition at $8 million and failed to acknowledge that the original $35 million value of the deal was grossly overstated in Q1 and Q2.

The SEC said intentionally recording wrong numbers is grounds for financial fraud, which is why the agency brought charges against Mona and CannaVest last week. Since the news broke on June 16, CVSI stock has dropped 23.3% from $0.30 to $0.23.

Although the SEC has yet to suspend trading on the marijuana penny stock, it could still decide to do that if CannaVest is found guilty. If trading is suspended, investors could potentially lose most or all of their capital. In other words, people who put their hard-earned cash into the company could lose it due to fraudulent corporate conduct - in addition to the 23.3% loss they've already endured since June 16.

While marijuana penny stock scams like this can make you want to avoid the sector entirely, we don't recommend doing that. There are simple ways to find safe marijuana companies that can hand you huge returns.

Here at Money Morning, we're committed to showing you how to identify unsafe penny stocks. That's why we've devised two tips for figuring out if a marijuana penny stock is untrustworthy or fraudulent...

They have product in 1200 stores and a drug about to enter phase 1 FDA trials and they are scam? This author is a joke.

I see the point but CV products are made from agricultural hemp…not marijuana.

This article has NOTHING TO DO WITH THE QUALITY of CV products so it's irrelevant to me. It's a great product and works great for me!