Three of the best biotech stocks to buy now according to Money Morning experts all have one thing in common: recent or upcoming FDA approvals.

It's no secret that an FDA approval can push a biotech stock higher. Take Synergy Pharmaceuticals Inc. (Nasdaq: SGYP) for example.

One of the companies we're recommending today is expecting an FDA approval for a highly anticipated drug by the end of summer. Analysts think its stock could rise as much as 100% in the next 12 months.

Another one of the companies we're recommending today could gain over 180% in the next year. And the new drug it has on the market is a large part of the expected growth, with earnings expected to increase nearly 50% per year for the next five years.

Sanofi SA (ADR) (NYSE: SNY) has an enormous pipeline of drugs, with 44 treatments currently in development. Thirteen of these pipeline drugs are in phase 3 clinical trials. Almost half of those phase 3 drugs are being developed in collaboration with other companies.

"In my view, it's a smart move to help split up the costs and risks of new drug development," Money Morning Director of Technology & Venture Capital Research Michael A. Robinson said about Sanofi's collaborations.

Multiple drugs in multiple stages of development help protect the company from any one drug not performing as expected in trials or on the market.

Plus, Sanofi has another new drug that just hit the market in April called Dupixent. It treats the most difficult and painful cases of eczema without the cancerous side effects common in drugs used to treat milder forms of this skin condition.

In March 2005, the FDA required a label on Elidel cream and Protopic ointment (both eczema treatments) with the warning that they may cause cancer. Dupixent is not required to have this label.

Revenue from Dupixent is expected to reach $3 billion a year by 2020, according to Robinson's research. In 2016, the company had a total of $36.6 billion in revenue. That would lead to an 8.2% increase in company-wide revenue from just one drug.

The third reason we like Sanofi is its recent purchase of Protein Sciences. The deal is $650 million up front and $100 million once certain milestones have been reached.

The purchase was just announced Tuesday (July 11), so the potential increase in revenue and earnings has not been factored into SNY price estimates.

Protein Sciences is a vaccine biotech company based in the United States. The acquisition will give Sanofi access to a non-egg-based flu vaccine.

While Sanofi has a lot more drugs in development, this next company has a drug that the FDA has fast-tracked to get approved sooner. And the stock could gain over 100% in the next 12 months...

Medical marijuana company GW Pharmaceuticals Plc. (Nasdaq: GWPH) makes our list because its drug Epidiolex is currently fast-tracked by the FDA. The FDA designation is given to drugs that show significant promise in phase 1 trials. 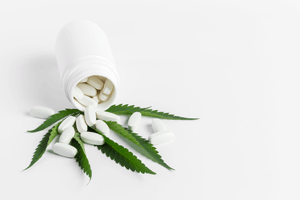 "Given its strong testing and its fast-track status with the FDA, a summer final approval seems all but guaranteed," said Robinson last month.

With nearly four years of cash on hand, GW Pharmaceuticals won't need to find additional funding anytime soon. We usually look for companies that have at least one year's worth of cash on hand so they can focus on developing drugs instead of securing funding.

To find the cash on hand, add the cash flow from operations and capital expenditures. Then divide by three if you used quarterly numbers or 12 if you used annual numbers. This gives you the estimated cash burn rate (amount of cash used) per month. In the case of GW Pharmaceuticals, they go through an average of $10,096,750 per month.

To determine how long the company can operate with the cash on hand, find the most current balance sheet number for cash and equivalents. The latest cash on hand figure for the company was $436,337,000.

Divide the cash on hand by the cash burn rate. In this case, you get 43. That is the number of months the company can fund operations with its current cash on hand and spending rates.

Another reason we like GWPH is the five clinical trials the company has underway besides the ones for Epidiolex. Three of them are in phase 2 trials. Many of these trials are in collaboration with other companies, decreasing the expense and risk of developing the drugs.

Analysts are very bullish on GWPH. The consensus one-year price target among the eight analysts who follow the stock is $149.88, which is a gain of 44.6% over the current share price of $103.65.

This next stock has already gained nearly 20% so far this year. And with a new drug on the market, it could gain as much as 186% in the next 12 months, nearly tripling your money...