Goldman said Bitcoin will test $3,000 again in the near future and projected it could push as high as $3,700 beyond that. Bitcoin also benefited after Poloniex temporarily halted Litecoin trading

Now that we know all of today's price movements, here's what moved these cryptocurrencies today...

Bitcoin Prices Up 40% from Weekend Lows 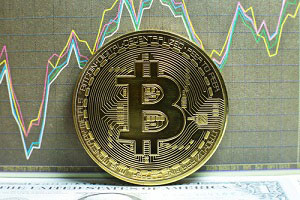 Bitcoin prices are up more than 40% since last weekend on news that the so-called "civil war" over Bitcoin's scaling methods appears to be ending. Bitcoin prices have surged from the July 17 lows of $1,852 to today's $2,638. According to reports, roughly 80% of Bitcoin's miners have agreed to support a new proposal, Segwit2x, due Aug. 1. Supporters now include AntPool, BitClub, Bixin, BTC.com, and BitFury.

Trending: How to Buy Bitcoins - Your Guide to Digital Profits

The judge allowed the customer to challenge the IRS in court without disclosing his identity as the agency attempts to obtain customer records for the purposes of tax enforcement.

The IRS has claimed just 802 people declared gains or losses from Bitcoin last year. The agency believes many people have been evading taxes during Bitcoin's massive price gains over the last two years.

The federal judge says allowing the IRS to access Bitcoin user records would potentially unlock the agency's ability to obtain banking information on every single account from every single branch customer in the United States.

Ethereum prices are recovering after the second notable heist of the cryptocurrency in a week. Two major hacks have compromised roughly $32 million in ethers, according to Etherscan.io. Prices have rebounded more than 50% from the lows seen on July 17 of $140.

According to a new report issued today, its subsidiary sold $31 million in XRP during the second quarter of this year. That's more than three times the amount it sold in the first quarter. The firm also said it is increasing volume of fiat currency-for-XRP purchases, which the company believes is a sign Ripple is becoming a more mainstream asset.

Litecoin prices ticked higher thanks to a "halo" effect from Bitcoin prices, says Money Morning Cryptocurrency Expert David Zeiler. The 6.4% uptick to $44.37 came despite news that there was a market freeze that temporarily halted Litecoin trading.

Dash prices have enjoyed a nice pop over the last 24 hours after Apple Inc. (Nasdaq: AAPL) reversed its ban on mobile applications that support the cryptocurrency.

In August 2016, Apple decided to ban Dash-based applications. This week's reversal is seeing a moment of legitimization for Dash and puts it in the same league with the previously approved currencies - Bitcoin, Ethereum, Ripple, and Litecoin.

Up Next: This Is Why Ethereum Could Roar to $500

Hi, cryptocurrency look to be the future,where can they be purchsed? Hugh.