The fifth-largest cryptocurrency by market capitalization surpassed $1.5 billion and passed NEM on the list. Prices topped $207.00 as traders continue to celebrate Dash's acceptance on the Apple Store.

Apple Inc. (Nasdaq: AAPL) had previously rejected Dash's efforts to join the store last summer. After a lengthy appeals process, Apple reconsidered last week. Dash CEO Ryan Taylor has said Apple's decision to approve its inclusion in the Apple Store is the latest recognition of its demand and increased importance.

The total market capitalization of the cryptocurrency market topped $95.0 billion but retreated under this figure in the afternoon as Bitcoin and Ethereum prices fell into the red. 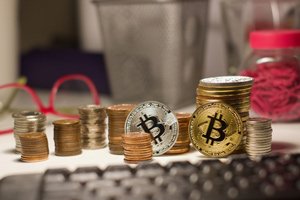 The price of Bitcoin declined a meager 0.85% a week after an incredible rally. Prices increased by more than 50% last week as Bitcoin overcame concerns about a potential split into two independent currencies. The Bitcoin network has supported new upgrades that will make it easier and faster to process transactions.

Ethereum prices were off 1.14% as investors continue to monitor the recent hack that saw $8.4 million in value disappear from the Veritaseum platform ICO yesterday (Sunday, July 23). Ethereum is still well below its all-time highs, and investors are starting to question predictions that prices will be able to surpass Bitcoin's market capitalization in 2017.

According to a briefing on the hack, hackers were able to steal VERI tokens and sell them quickly for Ethereum. This was the second heist in a week and the fourth during the month of July.

On Wednesday, July 19, we learned of another heist that saw $32 million in the cryptocurrency disappear due to a vulnerability in Parity's Ethereum Wallet software. Hackers stole 153,000 ETC units from three accounts.

Meanwhile, Ethereum enthusiasts were disappointed to learn that Coinbase - which is the world's largest Bitcoin trading platform - is not ready to integrate Ethereum Classic.

Ripple prices followed today's downturn in Ethereum and Bitcoin. Prices have been muted over the last 24 hours, but every now and then Ripple can use a day off. The value of Ripple's total market capitalization is up roughly 3,000% year to date. The rally has been fueled by increased expansion of its platform. The SegWit activation under BIP 91 (Bitcoin Improvement Proposal 91) is expected to be implemented on Aug. 1.

Dash became the top-performing cryptocurrency among the five majors. Prices rallied 7.6% and helped Dash surpass both NEM and Ethereum Classic to become the fifth-largest cryptocurrency by market capitalization.

Max Hagen
Isn't this going to be like when Cities (Edmonton, Canada, for example in the 1960's issues a "Klondike Dollar" During Klondike Days?) There will be almost an infinite amount (one major currency per city, state, industry, what have you and we are back to when the Hudson Bay and TD Bank issued their own bills. Glad I keep my Canadian Tire money in the glove compartment.?