Marijuana companies could actually help the communities that host them. 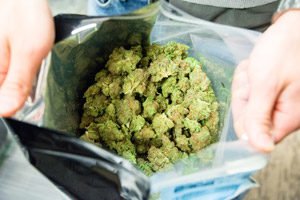 And we're not just talking about tax revenue. Legal marijuana distributors and dispensaries can - and likely will - directly improve the quality of life in the communities that they serve.

Not many people understand this, of course.

"Many people support the concept [of legal weed]," said Maryland Councilman David Marks to The Baltimore Sun today (July 25). "They just don't want it in their neighborhood."

While most people are concerned with increasing crime rates or unwanted traffic from a medical or recreational dispensary popping up in their community, they're missing the big picture.

As more states take measures to legalize marijuana for recreational and medical use, marijuana companies are popping up in droves to support the demand.

And these new companies will be looking for ways to improve their public image any way they can, or else risk getting drowned out by the competition.

The Marijuana Industry's "Day of Service"

The marijuana company offered residents who collected trash free marijuana to anyone over the legal age of 21.

"Bring us back the full trash bag, and we give them a gift of cannabis," said Dennis Meehan, owner of Summit Medical Marijuana.

We spoke with Meehan on July 25, and he informed us that the idea for his unique community cleanup plan actually came from another community effort in Colorado.

"[I heard of it in] Colorado - there was a town that did this," said Meehan. "They had a great response to this. So I was hoping to do the same thing in Maine."

But for Meehan and his family - which he describes as an "average soccer mom and dad with kids who play sports" - this day of service wasn't solely about cleaning up the town, but educating people about what he says is a life-changing substance. 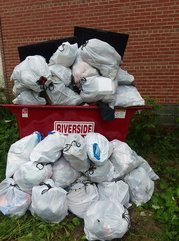 "We need to get over the stigma and all of the misinformation," said Dennis. "I'm passionate about helping people, and [marijuana] could really help them."

Stigma and misinformation are serious detriments to the U.S. marijuana industry, so you can bet that dispensaries across America will take every possible action to educate their communities. And apparently, giving pot away is not off the table.

Meehan and his family hope to extend the day of service to the whole state - and even the country - soon.

"We're in talks with other states to get all dispensaries to do the same thing," said Dennis. "Our people need this."

A company's marketing efforts have a direct impact on sales and market share. Making a difference in a community leads to a positive brand image, which leads to more sales - and more opportunities for pot stock investors.

Community service-centered marketing campaigns are just one way that marijuana is positively affecting the communities in which it has been legalized. Medical marijuana is another.

Over 687 million people worldwide could benefit from medical marijuana treatments, according to a 2015 report from Medical Marijuana Inc.

What's more, medical marijuana could help Americans at a time when prescription drug use (and misuse) is at a concerning high.

Overdose deaths involving prescription opioids have quadrupled since 1999. In 2015, opioids were involved in the deaths of 33,091 people in the United States. Most of these deaths - more than 22,000 (about 62 people per day) - involved prescription opioids, according to U.S. Department of Health and Human Services data.

"Medical marijuana and cannabis-based drugs - which can be used to treat chronic pain - are going to be one of the biggest solutions to ending our opioid crisis," says Money Morning Director of Technology & Venture Capital Research Michael Robinson. "And we're just at the beginning."

Michael's long been following the burgeoning medical marijuana industry, and he thinks we're at the beginning of a sea change in how we treat chronic pain, shifting from opioid-based medications to cannabis-based ones.

"You see, many states are just getting started with medical marijuana. That means its positive impact will likely surge with time," says Michael.

And as more dispensaries nurture their brand by empowering communities, their profits will swell, too.

"The next wave for this industry will be an exciting, profitable ride," says Michael.

As a service to Money Morning readers, Michael is recommending more than 30 stocks in the booming cannabis sector, and he's put them all together into an exclusive "weed investors' bible," The Roadmap to Marijuana Millions.

Absolutely amazing! This makes me very happy. Now! Canada must follow as our cities like Toronto, Hamilton and small towns like Brantford need this type of Influence.

Most people have a tendency of forgetting even as simple as your vehicle being dirty. The interior being dirty can depress an individual. Something as simple as pushing yourself and cleaning it. Will lift your spirits and happiness arrives while driving around. Music goes up. A sense of confidence when you lean to the right driving one handed. Lol

This type of Influence is needed all over the world.

Good for you Summit. Cause you never notice when somethings clean but you always notice when it's dirty.

Yes, this is true. America as a whole needs a giant cleanup. Too much dirty backroom dealings and fraudulent practices. People are overworked and under payed. Prices keep rising on everything, and quality is inferior. Public school education is poor in areas that need it the most. Old rich men should not run the country. We need more regular everyday people who live in the real world and understand how to work everyday and still have trouble making ends meet. I am a college graduate with a degree in science and so is my husband.