U.S. Attorney General Jeff Sessions is on a crusade to end the opioid crisis in America - but there's a hole in his plan. 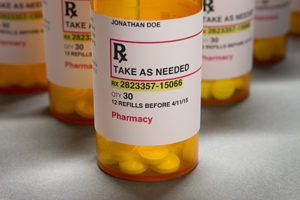 On Thursday (July 13), Jeff Sessions and his team of prosecutors announced they have charged more than 400 doctors, nurses, and pharmacists with taking part in healthcare fraud and opioid scams.

This move reflects an effort by the new administration to crack down on prescribers and healthcare professionals at a time when America is suffering from what could be the worst drug crisis in American history.

Indeed, overdose deaths involving prescription opioids have quadrupled since 1999 - in part because of reckless overprescribing.

And the grim tally continues to soar. Last year, opioids were involved in the deaths of more than 50,000 people in the United States.

Jeff Sessions is sick of it. And he's using his newfound power as the chief law enforcement officer of the country to curb the problem. But it will take more than just punitive measures to stop the epidemic.

Here's a look at how the problem spread across America - and what Jeff Sessions is (and isn't) doing about it...

When the Affordable Care Act (ACA) was introduced in 2010, there was a specific clause embedded in the legislation aimed at rewarding hospitals that provide patients with quality care.

While the intent was to hold hospitals to higher standards, this particular Obamacare policy has backfired...

"One American dies of a drug overdose every 11 minutes."

You see, the ACA created a monetary incentive for hospitals to get positive feedback from patients.

And now, Sessions is tasked with undoing the mess that Obamacare created.

Hospitals aren't the only ones who have been overprescribing the painkillers - private practice and clinical physicians are guilty, too. And Sessions just charged over 400 of them with crimes.

In what he's called the "largest healthcare fraud takedown operation in American history," Sessions has charged doctors, nurses, and pharmacists that "have chosen to violate their oaths and put greed ahead of their patients."

Officials said those charged in the schemes totaled $1.3 billion in false billing.

Even worse, according to the Justice Department, the people charged were also illegally billing Medicare, Medicaid, and a health insurance program that serves current and former members of the armed forces by charging the programs for unnecessary drugs.

"They seem oblivious to the disastrous consequences of their greed. Their actions not only enrich themselves, often at the expense of taxpayers, but also feed addictions and cause addictions to start," Sessions said in prepared remarks, according to Modern Healthcare.

"One American dies of a drug overdose every 11 minutes and more than 2 million Americans are ensnared in addiction to prescription painkillers," Attorney General Jeff Sessions said at a news conference on July 13. "We will continue to find, arrest, prosecute, convict, and incarcerate fraudsters and drug dealers wherever they are."

However, Sessions' efforts to bring the long arm of the law down on the prescribers won't completely solve the problem. It will likely result in doctors scaling back their prescriptions, meaning many Americans will still be left in pain.

No number of arrests will provide a safe way to relieve pain.

That's where cannabis-based medicines come in.

Michael's long been following the burgeoning medical marijuana industry, and he thinks we're at the beginning of a sea change in how we treat chronic pain, shifting from opioid-based medications to cannabis-based ones.

"Of course we know that pain isn't going to magically go away, so something will have to take opioids' place," said Michael.

You see, one of Michael's favorite marijuana biotechs - a true pioneer in this field - is poised to take advantage of Sessions' opioid crackdown. In fact, Michael recommended this company back in 2013, and it's already given his Nova-X subscribers more than 1,200% in profits.

The company's called GW Pharmaceuticals Plc. (Nasdaq ADR: GWPH), and it's developed a new cannabis-based drug, Epidiolex, that could be approved by the FDA by the end of this summer.

"I think it's going to break through the feds' reluctance to approve marijuana-based drugs," said Michael. "Epidiolex will be aimed at patients with childhood epilepsy and Dravet syndrome, though it will likely end up having a much wider range of uses."

And children won't be the only consumers who will benefit from Epidiolex. "After all, chronic pain affects everyone, especially seniors - the drug industry's most important market," said Michael. "And with first-mover advantage, we're in the perfect spot to profit."

In fact, Michael is recommending more than 30 stocks in the booming cannabis sector, and he's put them all together into a "weed investors' bible," The Roadmap to Marijuana Millions.

Wow! I truly hope everybody can see why Obama himself had ulterior motives to destroy America. Considering he's Muslim. Keep a wider eye open.

There is a greater reason behind every action. You just don't know until you get there until the truth reveals itself bit by bit.

This is another piece of Obama's puzzle and fraudulent care for Americans as he led them to believe.

Don't count Hilary out. She's working from the shadows. She needs to be stopped.

Cannabis is the future prescription healthcare for Americans. Also, the tax $$$'s collected by each state will bring in much needed money for our gov't to help fix our nation's infrastructure, pay down our debt, and etc.