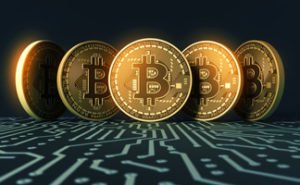 Naturally, the Bitcoin hard fork and the creation of Bitcoin Cash have raised a lot of questions.

Here's everything you need to know about what Bitcoin Cash is, as well as a guide that will show you where Bitcoin prices are headed next…

Why Bitcoin Cash Is Being Created

Within the cryptocurrency world, there's a debate on how to expand transaction capacity. The debate has led some Bitcoin miners and developers to take matters into their own hands and create Bitcoin Cash…

The digital currency community agrees transaction capacity needs to be increased, but there's a debate on how to do it.

But some members of the Bitcoin community are skeptical that SegWit2x will be able to double the block size.

Must Read: What's the Best Cryptocurrency to Invest in Today?

That means Bitcoin has two different forms now, and if you already owned Bitcoin before today, you'll get an equal number of Bitcoin Cash bitcoins…

This process is very technical and complex, which is why Money Morning Cryptocurrency Expert Dave Zeiler created a detailed report on the "hard fork" and Bitcoin Cash. Dave mined his first Bitcoin back in 2011, and he's written more than 165 stories on Bitcoin and cryptocurrencies since then.

Tiny Company Poised for 28,700 Revenue Surge: It was a legal battle for the ages, with $97 billion hanging in the balance. And now a tiny $6 million company has won in a stunning patent verdict, setting up an explosive 28,700% revenue surge in the next 18 months. With 40 registered patents and 500 patents pending, a major announcement is imminent. Already, Bill Gates and the billionaires at Google have loaded up on this play. Click here for details…