The GW Pharmaceuticals stock price is down over 7% this morning (Tuesday) after the company reported quarterly earnings and a pipeline update last night (Monday). Despite the price drop and some disappointing earnings news, we're still bullish on the stock.

In fact, we think this drop in GW Pharmaceuticals' stock price is a great buying opportunity for long-term investors.

The company posted an earnings per share (EPS) loss of $2.08. That was 29% below the consensus of the seven analysts that follow GW Pharmaceuticals Plc. (Nasdaq: GWPH), according to FactSet. The consensus EPS loss was $1.61.

Research and development costs along with sales, general, and administrative expenses were up 30% over last year and are the biggest contributors to the EPS losses for the quarter. Costs have been increasing ahead of the launch of the new drug Epidiolex.

But the biggest factor sending the stock lower today was an update on the progress of Epidiolex... 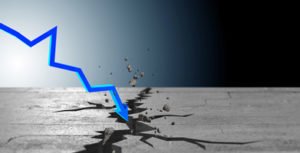 In June, Money Morning Director of Technology & Venture Capital Research Michael A. Robinson thought Epidiolex would be FDA-approved by the end of the summer. However, GW Pharmaceuticals announced yesterday that the new drug application (NDA) would not be fully submitted to the FDA until October.

The final chemistry, manufacturing, and controls (CMC) section of the NDA is holding up the application. The other main sections have been submitted and are on a rolling review, according to the company.

A rolling review is a way of speeding up the FDA-approval process. The company submits the NDA by section as completed, rather than waiting to finish the entire application.

Fast-tracked status is granted to drugs that show early promise for conditions that do not have approved treatment options, in an effort to get drugs approved more quickly.

The drug was fast-tracked in order to speed up the approval of Epidiolex, so the delay in submitting the NDA is causing some investors to dump their stock. The data on Epidiolex is positive, making it likely that it will be approved. It just won't happen as soon as originally expected.

Despite the stock dump, this is not a time to panic. We still see GWPH as a long-term investment, and getting in on the dip means you're buying the stock at a discount.

And we're not the only ones bullish on GWPH stock.

The seven analysts that follow GW Pharmaceuticals have a consensus one-year price target of $150.29, a potential gain of 39% over its current trading price of $108.30.

GW Pharmaceuticals isn't the only marijuana stock that Robinson is following, either.

In fact, he has put together a 90-page "bible of weed investing" so you can profit from the wave of states legalizing marijuana...