The marijuana sector combines the triple-digit profit potential of penny stocks with the exciting growth of the emerging marijuana market. But it can also be risky, which is why we're going to show you one recent marijuana penny stock scandal - and how you can avoid similar ones in the future.

And one particular marijuana penny stock is currently being investigated by the SEC for essentially lying to its investors. If the company is found guilty, investors could lose all of their principal investment... 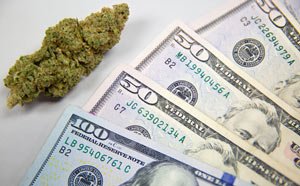 And it was discovered in June that Mona reported the value of the company's assets was higher than it actually is...

Here at Money Morning, we want to make sure you know how to safely invest in the marijuana sector. Today, we're going to show you these two easy ways to identify safe pot stocks to buy...