On Wednesday, Sept. 20, the plans for the $4.5 trillion Federal Reserve balance sheet unwinding were officially announced.

My inbox immediately filled up with questions about what this means for the markets looking ahead. 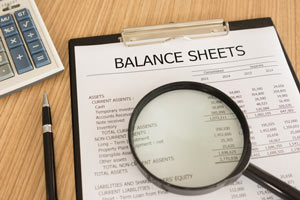 I also received links of hyperbolic columns from writers at Forbes, MarketWatch, and elsewhere.

There are no shortage of people out there right now saying that the U.S. Federal Reserve is going to crash the markets.

That word - "crash" - hits you like a jolt of electricity. It makes you want to close the screen, sign into your brokerage account, and SELL, SELL, SELL.

Before you break the enter key on your keyboard, let's explain what the Fed is doing, and then focus on the more immediate threats to the markets heading into 2018...

A Closer Look at the Federal Reserve Balance Sheet Unwinding

After the financial crisis eight years ago, the Federal Reserve stepped into uncharted territory.

As a massive liquidity crisis emerged, the central bank began purchasing trillions of dollars in government bonds, mortgage-backed securities, and other assets to provide much-needed support to the U.S. economy.

All told, the Fed balance sheet grew to anywhere from $1 trillion to roughly $4.5 trillion. That second number is almost one-quarter of U.S. Gross Domestic Product (GDP).

The Federal Reserve was trying to do three things with its massive stimulus program:

GDP growth has been lackluster over the last eight years, and inflation frustrations have made the Federal Reserve tepid about raising interest rates.

While the economy has slowly recovered over the last eight years, there have been unintended consequences. The Fed's bond purchases pushed down interest rates to very low levels.

Low interest rates have pushed investors into stocks and other assets, like real estate.

No doubt, the Fed's program provided a huge boost to the stock market. This naturally benefited the richest Americans who owned a lot of stocks, while lower- and middle-class Americans saw fewer benefits.

Now, after eight years of unprecedented quantitative easing, the central bank will begin to reduce the purchases of U.S. Treasuries and mortgage securities by $10 billion each month.

They will increase that figure by another $10 billion at the end of the year.

The central bank will continue to increase that figure to $50 billion during 2018.

People are worried because the central bank is effectively removing liquidity from the market.

The Federal Reserve isn't selling any of its assets. They aren't selling bonds or mortgage-backed securities. Instead, they say they will allow the securities to "roll off" as they mature. That means that they simply aren't going to reinvest.

There are two reasons people think this will disrupt the markets...

There are some who look at the past and say unwinding balance sheets will fuel a recession. The Fed has unwound balance sheets six times in the past, and five times, recessions followed.

Then there is the other camp, the camp I find myself in. As a student of fiscal and monetary policy, this is the largest exercise of unwinding in market history. That said, there are many factors at play that simply create "the unknown."

The wind down comes at a time when other central banks around the globe have their own stimulus plans and could offer support.

During previous efforts to unwind the Fed balance sheet, there was no fully functional global derivatives market, no machine trading, and no major digitalized trading operations.

But there is also an expectation that the Fed will actively manage this wind down in a way that aims to address the associated risks.

Here's why I believe the Fed's balance sheet unwinding will not have the terrible impact on the markets that many pundits have claimed...

Has the Federal Reserve Learned from History?