The mainstream acceptance of marijuana could catalyze marijuana penny stocks to soar, which is why LSU's new $10 million plan to grow medical marijuana is so exciting...

The LSU AgCenter signed the deal with GB Sciences Louisiana LLC on Sept. 18, 2017, to produce cannabis as a resource for the medical community. 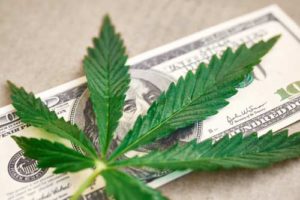 According to the Baton Rouge Advocate, LSU Vice President for Agriculture Bill Richardson said it's important the university provides patients with "safe and consistent options to help improve their quality of life."

Along with helping patients, the agreement could also be a lucrative source of income for LSU's agriculture department. GB Sciences will pay LSU $3.4 million or 10% of the gross revenue over the next five years, whichever is greater.

But the deal is even more important if you're investing in pot stocks. As pot becomes less taboo, investing in it will be more profitable for you too...

Just look at sales projections for legal cannabis to see how big the industry is getting.

And the skyrocketing sales are thanks in part to more mainstream acceptance of cannabis, like this recent LSU agreement. According to a 2016 Gallup poll, 60% of Americans support legalizing marijuana.

Currently, 29 states and the District of Columbia have some form of medical marijuana legislation. There's also growing support in legalizing all cannabis use, with California, Maine, Nevada, and Massachusetts voting to legalize recreational marijuana in November 2016.

It's now just a matter of "when" medical marijuana will be legalized in all 50 states. When that happens, full recreational legalization won't be far behind.

This could create a seven-figure weed windfall.