Dating stocks are on a tear in 2017, even though the mainstream media still thinks dating stocks are a novelty despite the double-digit profits they are bringing investors.

But the industry is on the verge of going mainstream… 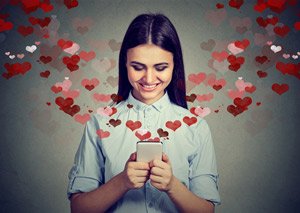 So far in 2017, both of the dating stocks we are about to mention have climbed over 46%. In comparison, the Dow Jones Industrial Average is up just 14.58%.

You see, online dating is still a growing industry, because there's a huge untapped market. And for forward-thinking investors, that means the profit opportunity is just getting started…

Why More Gains Are Ahead for Dating Stocks in 2018

According to StatisticBrain.com, there are over 2 million annual U.S. marriages. But according to a 2015 Pew Research Center study, only 5% of married couples or couples in a committed relationship said they met each other online.

Thanks to evolving views on Internet dating, meeting a spouse online is becoming much more common.

Now, 15% may not sound like a lot. But we are still in the early stages of Internet dating becoming more socially accepted. That means there is growth potential as online dating becomes mainstream.

While the industry is growing, there's simply no time to wait to invest in this emerging industry, because the biggest gains will be made by those who own dating stocks now.

For These Dating Stocks, Double-Digit Profits Could Just Be the Start