Corporate scandals dominated the headlines in 2017. Uber alone experienced dozens of scandals in 2017. 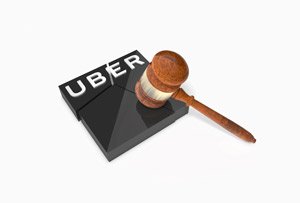 And it's almost guaranteed many of the 2017 corporate scandals listed below will carry over into 2018.

Here's a look at five of the most shameful corporate scandals that will follow these companies into the new year...

The problems for ride-hailing giant Uber in 2017 started almost immediately.

On Jan. 28, the day U.S. President Donald Trump signed his executive travel ban, thousands of protests broke out at airports across the country. During a taxi driver work stoppage, and much to the dismay of protesters, former Uber CEO Travis Kalanick directed his staff to continue working during the events. Coincidentally, Kalanick was also part of Trump's Economic Advisory Council at the time.

Angry customers accused the company of attempting to profit from the taxi protest, and the hashtag #DeleteUber began trending on Twitter - prompting Kalanick's resignation from the council.

At least half a million users (nothing compared to the number of people who were affected by our top corporate scandal) deleted their existing Uber accounts by May 2017.

Uber then suffered a string of high-profile resignations. Vice President for Product and Growth Ed Baker, company President Jeff Jones, and Head of Communications Policy Rachel Whetstone all resigned within a month.

In August, former Expedia CEO Dara Khosrowshahi became the new CEO of Uber. Since then, Uber has been denied a license in London (effectively banning the company there), been accused of using a "secret tool" to sidestep governments, and has lost its UK boss, Jo Bertram. 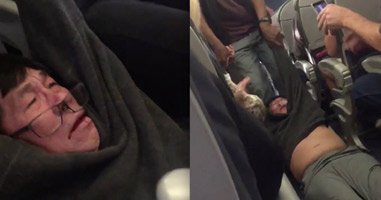 Perhaps the most notorious corporate scandal of 2017 involved United Continental Holdings Inc. (NYSE: UAL). On April 9, a video of a forcible, bloody removal of a passenger on an overbooked flight went viral. In the following six months, the video was viewed more than 5 billion times.

After releasing an uninspired apology for "having to re-accommodate" the passenger that sparked even more outrage, United CEO Oscar Munoz apologized profusely for the incident.

However, the damage had already been done...

United stock took a hit, as shares of UAL slipped more than 4% on April 11, just two days after the incident. The company's market value plummeted $1 billion in just 48 hours.

Three months later, on Oct. 18, the officers involved in the dragging were fired by the Chicago Department of Aviation. But the drama is far from over...

The Aviation Department confirmed that a review of its policies and procedures was underway and would be complete by the first quarter of next year, according to the inspector general's latest report.

"As we have clearly stated, the department is taking every action in our power to ensure that an incident like this never, ever occurs again," said aviation spokeswoman Lauren Huffman.

American pharmaceuticals company Perrigo Co. (NYSE: PRGO), the world's largest manufacturer of over-the-counter drugs, found itself at the center of a corporate scandal in May 2017.

According to a report by Bloomberg, the drug distributor's office was raided by the Department of Justice as part of a wide-ranging investigation into possible price collusion in the generic drugs business.

"Price collusion" is when companies conspire together to create an unfair market advantage.

Drugs made by the company were part of the probe. Specifically, their popular antifungal skin cream, which experienced a 539% price increase in just under four months.

The government has long been looking at the price of skin drugs made by Perrigo and a handful of others, according to a Feb. 28 document filed in court. About a dozen other Big Pharma companies have disclosed they've received subpoenas related to drug pricing as well, including Mylan NV (Nasdaq: MYL), who was part of the notorious EpiPen price scandal last year.

Perrigo's woes are likely to continue into 2018 as the Trump administration furthers its crackdown on price collusion and unfair practices.

This next corporate scandal dates back to late 2016 and is still affecting consumers (and their money) today. It also included the largest fine ever levied by the Consumer Financial Protection Bureau...

I wan to read the rest