North Korea is carrying out a deadly new type of weapons test the world's never seen before.

Whether or not the Hermit Kingdom has been successful with these trials remains unknown.

U.S. analysts actually warned of this kind of North Korean threat 10 days ago, on Dec. 10... 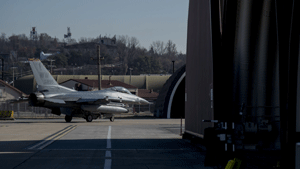 "North Korea - which has doggedly pursued weapons of mass destruction of every other variety - could quickly surge into industrial-scale production of biological pathogens if it chooses to do so," The Washington Post reported that day.

One anonymous North Korean official told WaPo that the only thing standing in the way of an all-out biological attack is Kim Jong Un.

"The capabilities - the science and technology - all of that now exists," the official said. "Kim has chosen not to deploy [biological weapons] at this time. But ultimately it comes down to a political decision."

That is to say, Kim Jong Un may be waiting for just the right moment these days.

The United States made a decision of its own earlier this week. In his national security strategy speech on Monday, U.S. President Trump labeled Pyongyang a "rogue state" that sought the capability to "kill millions of Americans with nuclear weapons."

And the U.S. military isn't resting on labels and rhetoric.

In fact, Uncle Sam's forces have been making massive preparations in recent weeks - training for "all hell to break loose in North Korea," according to Business Insider.

Here's a look at what's underway in the South Pacific to counter the North Korean regime and at what investors can do in the immediate days ahead...

Here's How the U.S. Military Is Prepping for War with North Korea

The United States' and South Korea's annual air drills - known as Vigilant Ace - kicked off on Dec. 4 on the Korean Peninsula.

Notably different this year than years prior was the size of the combined militaries' presence.

Immediately after the drill, on Dec. 15, the U.S. and South Korean militaries engaged in brand-new exercises designed to simulate infiltrating North Korea to neutralize its weapons cache.

The Hermit Kingdom poses an imminent and ongoing danger to the United States and its allies until the last of its weapons is neutralized.

This little book contains the mathematical secret for turning $500 into $1,000,000 in a short amount of time. Learn how to claim your FREE copy here...

The trouble is, Kim Jong Un's ammo cache is secretive - hidden in mountaintops and in underground facilities dispersed throughout the country. It was within these clandestine lairs that Pyongyang carried out its first-ever hydrogen bomb test on Sept. 3, 2017 (the sixth nuclear test in its history). The yield of the weapon's blast that day was estimated at about 100 kilotons - equivalent to 100,000 metric tons of TNT. Its shockwave caused a 6.3 magnitude earthquake.

It's clear why the United States and South Korea are preparing to find these weapons as quickly as possible.

He revealed just yesterday that diplomatic talks with North Korea are basically off the table.

"We're not committed to a peaceful resolution - we're committed to a resolution," he told BBC. "We have to be prepared, if necessary, to compel the denuclearization of North Korea without the cooperation of that regime."

And just like the military must prepare for a war with North Korea, so too must investors.

Money Morning Executive Editor Bill Patalon has a profit play for you to make in your own defense...

America's Defense Against North Korea Is Your Profit Play

As an expert of the "Asian arms race" and an analyst who's been eyeing North Korea's nontraditional weapons advancements for several years, Bill knows that it would be tough to consider your finances amid the devastating aftermath of a WMD attack. And he understands that some members of the public don't necessarily see a point in securing their financial futures when "planes are falling out of the sky."

But in the wake of any attack - or of any widespread disaster, for that matter - fiscal security provides a much-appreciated added layer of protection.

Editor's Note: Don't miss a single update on North Korea as the regime steps up its aggressive campaign to take down the United States. Get real-time alerts sent to your inbox, completely free, here.

So Bill still says investors ought to keep their future selves in mind...

The missile defense experts at Lockheed were officially tasked with building between 18 and 40 rocket interceptors to protect against incoming ballistic missile threats this year. That contract was worth $273.5 million.

Plus, LMT is the only publicly traded company incorporating cryptocurrency's blockchain technology into its cybersecurity offering.

This year, on April 27, the company announced it had contracted Guardtime Federal LLC to integrate its blockchain technology into Lockheed's security systems.

This move on the aerospace and defense firm's part solidifies its future value, as well.

"Lockheed has the whole menu on offensive and defensive weapon systems," Bill told Money Morning readers on Dec. 15. "The company's stock will be an excellent investment for many years to come."

But Bill has even more to offer readers right now.

He's spotted yet another major profit opportunity that he's sharing with select readers...

And like Lockheed, this opportunity could be a must-have portfolio hedge if talks with North Korea really go sour.

Here's everything you need to know about how you could pocket massive gains from this rare gold anomaly...

If we shoot down the North Korean missiles over N Korea it could kill only the killers.