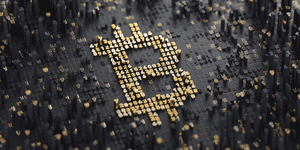 The price of Bitcoin collapsed under $10,500 on Coinbase over the last 24 hours, as a dramatic sell-off crushed the broader cryptocurrency sector. Bitcoin settled near $13,000 around noon EST, after falling more than $4,000 in just hours.

But the Bitcoin price crash may not be over yet. Noted Bitcoin bull and billionaire investor Mike Novogratz told Bloomberg that Bitcoin's decline could deepen to $8,000. Given market conditions, the money manager has shelved his plans to create a crypto hedge fund.

"We didn't like market conditions and we wanted to re-evaluate what we're doing," Novogratz told Bloomberg in an interview. "I look pretty smart pressing the pause button right now."

The Bitcoin price declined by roughly one-third over the 24-hour period as the sell-off entered its fourth day in a row.

Coinbase, once again, faced an outage this morning. The firm announced at 11:11 a.m. EST that "all buys and sellers have been temporarily disabled." The freeze came at the same time that the price of Bitcoin was plunging across exchanges. The price fell to as low as $10,400 on Coinbase, down 44% from its all-time record on Sunday.

Below is a recap of the top cryptocurrency prices at 12:30 p.m. EST.

On Friday, the market capitalization of the global cryptocurrency sector plunged to $499.72 billion. Over the last 24 hours, the entire industry shaved more than $100 billion from its total value.

Bitcoin now comprises 45.0% of the global cryptocurrency market. Only four of the top 100 cryptocurrencies by market capitalization have shown gains over the last 24 hours. In 2017, this is the first time that the entire cryptocurrency sector has experienced a pullback of this magnitude.

The total market capitalization of Bitcoin hit $222.98 billion Friday afternoon. That's a slight improvement from the nadir of the sell-off over the last 24 hours. Some analysts are now warning that Bitcoin's dramatic decline in recent days could fuel a broader sell-off in the global markets. In an interview with CNBC Friday, Ron William of RW Market Advisory suggested that Bitcoin could create a "broader contagion story" that could ripple into the stock market.

"Price is extremely irrational. And now it is looking - if we continue lower - that this could be a broader contagion story for the other markets," William said.

William may be right about a sell-off in stocks... in the cryptocurrency space. Over the last week, companies that have billed themselves as blockchain-focused saw their stocks surge. One firm - Long Island Iced Tea changed its name to Long Island Blockchain and watched its stock surge more than triple digits. But today, firms with this exposure are cratering. MGT Capital Investments Inc. (OTCMKTS: MGTI), Long Island Iced Tea Corp. (Nasdaq: LTEA), Riot Blockchain Inc. (Nasdaq: RIOT), and Siebert Financial Corp. (Nasdaq: SIEB) all fell by more than 12% Friday.

Bitcoin Cash was the biggest loser among the top-tier cryptocurrencies on Friday. The price fell as much as 42% in a dramatic sell-off. Trading of BCH has been extremely volatile in recent days. Earlier this week, Coinbase added BCH to its platform, but suspended trading due to significant traffic and rumors of insider trading around the cryptocurrency. Coinbase CEO Brian Armstrong released a statement about suspicious price movement on Thursday.

"I take the confidentiality of material non-public information very seriously as CEO," he wrote. "Given the price increase in the hours leading up the announcement, we will be conducting an investigation into this matter. If we find evidence of any employee or contractor violating our policies - directly or indirectly - I will not hesitate to terminate the employee immediately and take appropriate legal action."

The Most Lucrative Way to Kick-Start Your 2018 Income Stream

Tom Gentile showed his readers the incredible opportunity to score 68 money-doubling and money-tripling trades in 2017. Now, he's got five brand-new opportunities lined up that he expects to return a combined 946.14%. Even better, these all start on the very first trading day of the year.

how good is btcs