Bitcoin prices hovered just above $14,000 to start 2018, and the cryptocurrency has netted some investors gains of 1,364% over the last year.

But there are still warnings that the crypto coin is in for a big price correction... 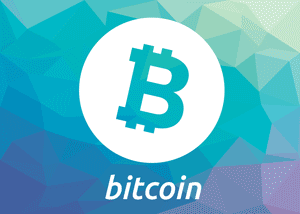 The latest bearish prediction is from the former chief financial futures analyst of A.G. Becker & Co., Dennis Gartman, who told CNBC that Bticoin is headed below $5,000.

Gartman referred to Bitcoin as "one of the silliest things in a long time."

The bearish statement came two days prior to a very interesting report from Bloomberg on the fleeting popularity of Bitcoin in the criminal underworld.

The report said that criminals are turning away from Bitcoin in favor of several other cryptocurrencies to exploit their privacy protections. Recent developments by the U.S. and South Korean governments have made anonymous trading of Bitcoin more difficult.

North Korean hackers have reportedly been behind a scheme to mine Monero and other cryptocurrencies on unsuspecting users' computers.

On Monday, the market capitalization of the global cryptocurrency sector hit $650.0 billion.

Bitcoin now comprises just 36.0% of the global cryptocurrency market. Bitcoin's fleeting dominance has been on display over the last month as investors continue to turn to alternative coins and critics continue to predict a crash for the world's largest cryptocurrency by market capitalization.

Just seven of the top 100 cryptocurrencies by market cap were in the red over the last 24 hours.

Cardano is now the fifth-largest cryptocurrency by market capitalization and has overtaken Litecoin.

"I just noticed Cardano (ADA) is #6 on CoinMarketCap. How did it become a $10 billion coin when it's only 3 months old and the only major exchanges trading it is Bittrex and Binance and without even any fiat trading pairs? Either the market is crazy or Cardano will end world hunger," Lee wrote in December.

"To be clear, I have nothing against Cardano or its tech. And I have a ton of respect for Charles Hoskinson and I'm sure the project has a ton of potential. But at $10 billion valuation right now, how can that possibly be a good value," Lee concluded.

The prospect of Stellar's platform - which provides lower costs, fast transactions, and customization - has many investors optimistic that Stellar may soon find itself in the upper tier of cryptocurrencies very soon.

European Central Bank (ECB) executive board member Yves Mersch stoked new fears about the impact of cryptocurrencies on the stability of the global financial infrastructure.

Though Mersch noted that Bitcoin's current value isn't an issue for monetary policy right now, he warned that innovation in the crypto space could fuel a significant volatility in the global market.

"What concerns me most is when financial market infrastructures such as stock exchanges enter this business," he told a German newspaper.

Cardano is another crypto that is Fiat! Or what other value does it provide!
Why is one of your writers touting Sparkle being ICO at $35 when it is fiat electronic or what other spark does it have! Besides becoming worthless when the power goes out!
And what light can you shed on any other cryptos?