Medibloc prices surged 123% over the last 24 hours as traders continued to pile money into alternatives coins.

Medibloc isn't a household name, but it was today's top performer in the space. While it's unclear why prices skyrocketed, the crypto startup has been generating buzz before the gains. 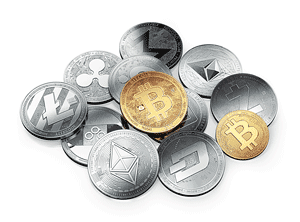 Forbes reported on advancements of South Korean startups in a Jan. 3 report and highlighted Medibloc as a startup to watch.

The project aims to streamline the medical-record business by putting customer data on a blockchain, where it can be transferred easier and more securely.

In Bitcoin news today, one of the biggest critics of the cryptocurrency changed his tune…

In an interview with Fox Business Network on today, Dimon said that he was optimistic about the potential of blockchain technology, but he still has some concerns.

Below is a recap of the top cryptocurrency prices at 10:00 a.m. EST.

On Tuesday, the market capitalization of the global cryptocurrency sector hit $734.98 billion. Bitcoin comprises just 33.6% of the total crypto market.

Just 15 of the top 100 cryptocurrencies by market capitalization were in the red Tuesday.

The price of Ethereum gained another 11% after its co-creator said Monday that its value could double or triple in 2018.

Steven Nerayoff said that the growth of Ethereum-based projects could fuel a situation where ETH overtakes Bitcoin as the largest cryptocurrency by market capitalization.

Will Millennials Start Buying Stocks Because of Bitcoin?

Millennials largely do not trust the stock market.

According to BankRate, just one in three millennials own stocks. Those who don't say that the market is too risky.

TD Ameritrade Holding Corp. (Nasdaq: AMTD) hopes that cryptocurrencies (since they're not risky at all, right?) will be the key to pushing younger investors into the stock market.

On Monday, the company's chief market strategist told CNBC that cryptocurrencies will help attract non-traditional investors to the markets.

"Maybe this isn't the product I'd like people to start with, but this is the greatest opportunity."

Is Blockchain Speculation "Cooling Off?"

At the time, the company announced plans to purchase 1,000 Bitcoin mining rigs after a large capital raise.

However, Wall Street has largely balked at giving the company more money for the initiative.

Though the firm plans to proceed with its rig-buying plans, it's unclear where the money will come from in the future.

4080 Reads
The Two Best Penny Stocks to Buy This Week Offer 150% Upside
Here are two of the best penny stocks to buy right now, and the strategies I used to find them. This could be up to 154% potential gain for today's investor...