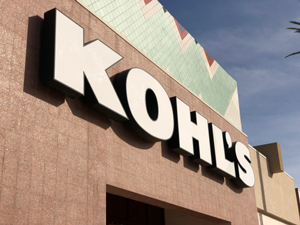 Retail stocks have been on a tear lately, causing investors to question whether the retail sector really is doomed. But that could not be farther from the truth, even for a stock like Kohl's Corp. (NYSE: KSS).

Despite that rebound, Money Morning Chief Investment Strategist Keith Fitz-Gerald made it crystal clear last week when he offered his top five reasons why the retail sector - and Kohl's in particular - are still kryptonite for your portfolio.

It starts with the fact that the retail industry as a whole is benefiting from stronger consumer confidence, a booming stock market, and better jobs data. And companies in all industries started to feel feistier as they looked forward to lower tax rates.

What investor would not look at their 401K, feel a little richer and a little more likely to buy that new outfit or kitchen appliance they've been putting off?

Kohl's Stock Looks Nice on the Surface, but Don't Be Fooled

Take a look at Kohl's stock price since Nov. 9, the day it announced its third-quarter earnings missed consensus expectations. The stock fell nearly 10% in pre-market trading, and at the time, it was down more than 26% for the year. 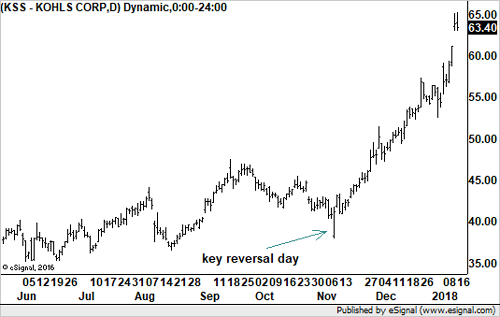 But then, something very important happened. No, it was not the fact that a Wall Street analyst suddenly saw value and upgraded the stock. Rather, the market itself decided it was time for a little fun. Kohl's shares came roaring back and actually closed higher by 0.9%.

Chartists call that a bullish key reversal day, and it means that the market's psyche changed dramatically for the better once the bad news was exposed. And Kohl's shares rallied nearly every day thereafter to log a 54.0% gain from that reversal day through Tuesday's trading.

It's been quite a run, for sure, but it is starting to look tired. That does not mean Johnny-come-lately bulls cannot nudge it a bit higher, but don't be fooled by a short-term awakening.

The retail recovery's days are numbered...

These are the five reasons Fitz-Gerald says the Kohl's stock rally is short-lived...

Instead of putting your money into Kohl's stock, we've picked out two of the best stocks to buy today to profit from the death of traditional retail...

Buy These 2 Stocks Instead