For most Americans, trying to retire in 2050 will look a lot like full-time work.

The average life expectancy age in the United States is predicted to be 84.5 years old by then, according to the latest statistics from the National Research Council. That's a nearly a six-year increase from present day.

But that doesn't mean six extra years of retirement. 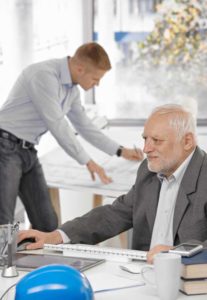 As far as researchers from the Organization for Economic Cooperation and Development and the World Economic Forum are concerned, the expected retirement age for most Americans by 2050 will be 70 – a four-year increase from where it is today.

That means for the majority of Americans, living longer just means working longer.

But another 2050 forecast looms large over future American retirees.

Thanks to shortfalls in pension funding and a nationwide lack of personal retirement savings, most Americans can expect to face a massive gap between what they'll need and what they'll have saved for retirement 32 years down the line.

In fact, the National Research Council reported that, by 2050, just 20% of retirement-age Americans will have the means to actually do so.

That's one-fifth of the U.S. population, or one out of every five full-time workers.

But you don't have to fall into that majority.

Here's how to avoid becoming a U.S. retirement statistic one day…

Money Morning Chief Investment Strategist Keith Fitz-Gerald, whose 35 years of expertise as a seasoned market analyst helps his Total Wealth subscribers prepare for a fiscally comfortable retirement every day, issued an extensive report recently on what Americans need to start doing now to retire comfortably by 60, no matter their present age.

For instance, Keith writes that one option current investors in their 40s have to ensure a comfortable retirement by 60 is to start fully capitalizing on their underused benefits now.

"A majority of Americans are making the mistake of not using their IRA and 401(k) options at work," Keith says.

"All of which does not count toward your adjusted gross income (AGI) when you file your taxes each year," Keith adds. "Also, many employers have matching contributions in which they will meet as much money as you put into your account up to a specific percentage."

Simply put, this is free money for your retirement, and it can reduce your taxes.

For 50-year-old Americans looking to retire by 60, Keith's report offers several more options, including one about how investors at this age can make up for lost time with their retirement savings accounts by adding $6,500 a year to them, tax-free…

"You can bolster your retirement plans by making 'catch-up' contributions each year. Since IRA contributions do not count toward your AGI, it is critical that you embrace this added benefit," Keith suggests.

But say you're not able, at this time, to make a $30,500 annual contribution to your retirement accounts.

Keith has a solution for that conundrum, too…

Learn How to Invest Like the Pros with This Simple Method

You can turn a small stake into $815,588 in just one year with our new, fast-money research service.

The "accelerator trading strategy" is designed to take the emotion out of trading – and to help you make money.

To save money for retirement first they have to find where is the money and how to earn that much after all the expenses of life. I think it is not possible to save described in the article.All that remains just in records.