The price of silver has continued to consolidate over the past week, digesting its impressive gains since mid-December. Because of this pullback, I've just released my newest silver price forecast for the end of February.

I see two main reasons for this pullback. First, silver had been sprinting higher since mid-December, so it was time to rest. 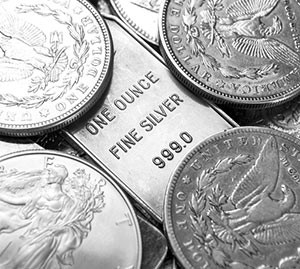 Secondly, the U.S. dollar, as seen through the U.S. Dollar Index (DXY), lost 400 basis points, from 94 to 90. It may be due for a short-term bounce from oversold conditions.

But most of the volatility risk, I believe, remains to the upside for silver prices. If the U.S. Federal Reserve should dial back rate hike expectations, or if geopolitical tensions heat up, silver's likely to see considerable safe-haven demand.

Weak sentiment as a contrarian indicator suggests silver could be ripe for a strong technical breakout this year. Before I show you my new silver price target, here's how silver prices are trending now…

Here's How the Price of Silver Is Trending This Week

Silver had a bit of a challenging week, closing lower nearly every day except Tuesday. That's when silver sold off dramatically in early morning trading thanks mostly to buying pressure on the dollar. The DXY would jump from under 90.50 to over 90.75 by mid-morning. Silver opened at $17.10, but then clawed back to $17.17 as the DXY sold off again to below 90.50. 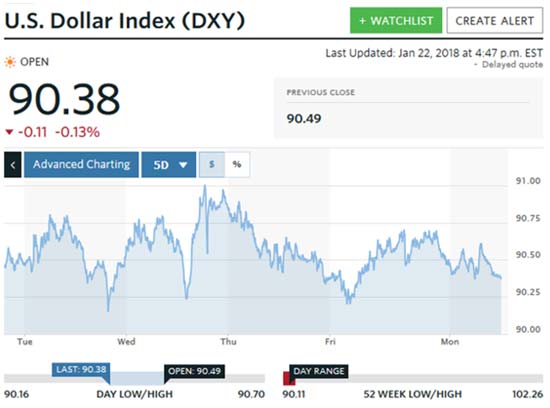 Here's the DXY action of the last week of trading.

While silver prices may have dipped this week, I remain very bullish on the precious metal in both the short term and the long term.