The price of Bitcoin temporarily slumped under $10,000 Tuesday amid a much broader downturn in cryptocurrency prices. The downturn coincided with news that Facebook Inc. (Nasdaq: FB) had banned advertising tied to Bitcoin, cryptocurrencies, and the ICO space.

Facebook says it is trying to protect its users from "financial products and services frequently associated with misleading or deceptive promotional practices." 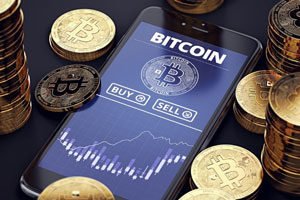 In more cryptocurrency news, the CFTC has reportedly subpoenaed exchange Bitfinix over a digital token that is linked to its financial backers. The U.S. agency sent two subpoenas in early December to the exchange and to the operators of Tether, a cryptocurrency that claims to be pegged to the U.S. dollar.

The issue is that while the firm says Tether is pegged to the greenback, the company has yet to actually prove it has roughly $2.3 billion of assets or receive an audit.

Many skeptics have long questioned whether that money actually exists.

Below is a recap of the top cryptocurrency prices at 2:30 p.m. EST.

On Tuesday, the market capitalization of the global cryptocurrency sector hit $510.84 billion.

Bitcoin represented 33.7% of the total cryptocurrency market, with a market capitalization of $171.97 billion.

The price of NEM's XEM coin slumped more than 14.2% Tuesday.

The slump comes after a dramatic $500 million hacking event of Coincheck.

Japanese authorities have opened an investigation into the cyberattack. According to Reuters, many of the XEM coins have been sold on other exchanges.

Litecoin prices fell again in the wake of the Coincheck hack.

But as we noted yesterday, a rumor has been swirling about a mega-crypto merger that could reverse the slide.

Yesterday, we noted that Monero founder Riccardo Spagni made a joke about potentially merging with Litecoin. In response, LTC creator Charlie Lee dismissed the merger idea, but did say that they were working to develop a path toward cross-chain atomic swaps in the near future.

This isn't the first time that Lee has considered collaboration with other cryptocurrencies.

Earlier this year, Lee contacted Dogecoin about the possibility of mining the two coins together.

Bitcoin and Taxes: Here's What You Need to Know Right Now

With tax season approaching, there are plenty of questions about the IRS and cryptocurrencies.

The IRS treats cryptocurrencies like property, but there will be many different ways that they are taxed depending on the associated transactions.

These include the mining, spending, trading, exchanging, and air drops of cryptocurrencies like Bitcoin.

The IRS has provided very little guidance heading into tax season, so it's critical that anyone who has made gains ask their tax advisor on the best way to ensure compliance.

Trading cryptocurrencies creates capital gains and losses, meaning that it's best to own the cryptocurrency for more than one year in order to get the biggest tax break.

The taxman is watching... we're here to help you get your taxes correct come April.