It was a slow day in the cryptocurrency market, but we found a bold price prediction that our readers need to know about.

Alisa Gus, the CEO of WishKnish, believes the price of Stellar Lumens could climb to $1.05 by the end of 2018. 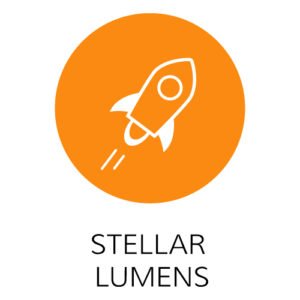 "The price might rise along with that of Bitcoin, but unless it corners a huge piece of the market it hasn't been known for before, an independently powered rally is unlikely to materialize, although it really should. I like what they are doing a lot," Gus told Finder.com.

In Bitcoin news, prices are trying to recover after losing roughly 20% last week. Analysts have blamed the recent slump on warnings from the SEC about crypto-trading platforms and statements from the People's Bank of China (PBOC).

On Friday, the PBOC said it does not consider Bitcoin and other cryptocurrencies as legitimate forms of payment.

On Monday, the market capitalization of the global cryptocurrency sector hit $373.49 billion.

Markets have reacted negatively to a report on Sunday night from HBO's John Oliver, who ranted on the risks associated with cryptocurrencies.

Oliver told his "Last Week Tonight" audience, "You're not investing, you're gambling."

Oliver delivered a 25-minute monologue incorporating everything from Beanie Babies to chicken McNuggets in order to breakdown the subject of Bitcoin and blockchain.

But that's not the only story about Bitcoin...

One of the major stories floating in the background of the cryptocurrency markets has been the environmental impact of Bitcoin mining.

Must Read: Here's Why Cannabis Experts Are So Bullish on Blockchain Technology

The European Union (EU) has been considering rules to limit mining over energy conservation.

However, the EU's commissioner has said this month that there is no legal basis to forbid mining. It is still subject to EU rules over "energy efficiency, the power sector and greenhouse gas emissions."

Still, the EU plans to explore the impact that cryptocurrencies will have on energy consumption and demand in the future.

The recent downturn in Bitcoin's price won't deter new entrants from capitalizing on the popularity of new investment vehicles.

Today, New York-based startup TrueEX announced it will introduce derivatives on Bitcoin and other cryptocurrencies.

The startup is now the sixth company to enter into the space.

After four weeks of bearish pressure on the fourth-largest cryptocurrency by market capitalization, Bitcoin Cash is coming back to life.

On Sunday, the price of BCH added nearly 14% on heavy volumes.