Our new list of best stocks to buy now includes smart plays on cryptocurrencies and blockchain technology, precious metals, and banks. Each company is tapped into major growth trends that we see as the best for making money this year. 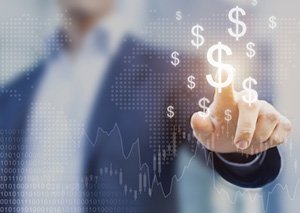 Here's a preview of what we're giving you this week:

Best Stocks to Buy Now, No. 1: This Hardware Manufacturer Is the Perfect "Pick-and-Shovel" Play on the Bitcoin Craze

It was only a few years ago that mining Bitcoin was easy enough to do on your computer at home as long as you had a high-end graphics card installed.

A lot of us are kicking ourselves for missing that opportunity. Bitcoin's protocol was designed to mimic natural resources like gold and silver, meaning mining would become more resource-intensive as more and more Bitcoin was "unearthed."

Due to the cryptocurrency boom of the last several years, mining Bitcoin today is now incredibly complicated - and far beyond most people's reach.

But for anyone who can't afford the setup to mine Bitcoin, you can still buy stock in one of the top suppliers to the mining community.

That would be Xilinx Inc. (Nasdaq: XLNX).

In addition to the cryptocurrency market, about half of Xilinx's sales come from aerospace and defense, and another big chunk comes from the communications and data center sector. It's also a major leader in the development of machine learning - the ability of robots to master tasks without needing humans to program them.

In other words, for its $75 share price, Xilinx lets you benefit from Bitcoin, while also not exposing you to the risk of getting wiped out if the crypto boom turns into a bust. Xilinx has a diversified portfolio in several of the most surefire growth sectors in the tech industry.

XLNX's earnings per share (EPS) in the most recent quarter was up 30.8% from a year earlier, and that figure is projected to grow 57.7% over the next two years.

"Xilinx is sweating it to be sure it plays a major role in as many emerging technologies as possible," says Money Morning Director of Technology & Venture Capital Research Michael Robinson. "And all of them will lead to a steadily higher share price for you."

Best Stocks to Buy Now, No. 2: Blockchain Is More Than Just a Buzzword for This Company - It's a Life-Saving and Productivity-Boosting Technology

By now, pretty much everyone has heard of blockchain technology. But not many people know what it is - other than that it has something to do with cryptocurrencies.

That has led to all kinds of companies using and abusing the word "blockchain" in order to stir up hype. Eastman Kodak Co. (NYSE: KODK) and Starbucks Corp. (Nasdaq: SBUX) both recently announced they'd be incorporating blockchain technology into their businesses, while offering little substance in terms of its actual applications.

But even that's not as brazen as Long Island Iced Tea Corp., or rather, Long Blockchain Corp. (Nasdaq: LBCC), as it's now known. That company announced in December that it would be changing its focus from beverages to blockchain technology and changed its name accordingly.

The stock surged 200% in one day - though it had lost most of those gains by the end of January.

It's tough to separate the wheat from the chaff in a saturated market. But it's worth the effort in this case, because blockchain is, in fact, big business.

According to research firm Gartner, blockchain technology created $4 billion in business value in 2017, and that number is expected to hit $3.1 trillion by 2030.

When we look for businesses in the blockchain game, we want to target those that are using the technology to create value in a specific business application.

You have nothing to say about ABBV's disastrous results on their keystone cancer-fighting failure? Your timing on this recommendation is scary– especially since you don't refer at all to the fact that it dropped almost 15% of its value a day before this email went out.

I find this very very troubling. Hope you will address it ASAP

Hi Liz,
Thanks for pointing this out. The Best Stocks roundup typically has a turnaround time of a couple days – hence the poor timing in this case. However, we still stand by the AbbVie pick in spite of the disappointing results for Rova-T. We've released an update here: https://moneymorning.com/2018/03/28/why-abbvie-is-still-a-stock-to-buy-after-last-weeks-plunge/

Hey Stephen, do you have any news or resources to learn about biotechs? CELZ and Dariohealth crushed it today, despite them popping up on my scanners last week, I over looked them. Needing some better sources for reading about the industry

Thanks for tip heads up PeterPap very cool

Thank you
All very much.