The American media are barking up the wrong tree. 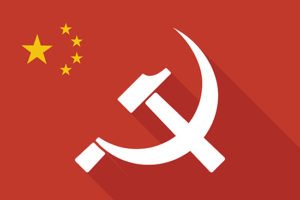 While the $50 billion worth of tariffs China announced this morning (April 4) are nothing to scoff at, the economy – and investors – can adapt. The real threat to the United States, however, is that China and Russia are buddying up to take America down a peg.

Just this morning (April 4), buried under the headlines of the Red Dragon's massive 25% tariffs on more than 100 different American products, a Chinese head of state issued an aggressive threat to the United States while visiting Russia.

Here are the warnings that were broadcast this a.m., and how you can prepare and protect your money in the face of this dangerous, international partnership…

China and Russia vs. the U.S.

This morning, China's new Minister of National Defense, Wei Fenghe, who is attending the seventh Moscow International Security Conference, said "Let the Americans know about the close ties between the armed forces of China and Russia."

Wei added that Beijing is ready to express with Moscow "our common concerns and common position on important international problems at international venues as well."

At the summit, the dual parties called their relationship "a strategic partnership," reported Canada's Global News this morning.

It was in this venue that Moscow and Beijing expressed their "shared opposition to the 'unipolar' world" – the term both nations use to describe perceived U.S. global domination.

You Must Act Now: America is headed for an economic disaster bigger than anything since the Great Depression. If you lost out when the markets crashed in 2008, then you are going to want to see this special presentation. Because if you don't act soon, the effects on your financial future could be more severe than anything you have ever experienced. Don't wait – you can see all the details right here.

Russia too has beef with the United States right now over the expulsion of some 60 diplomats on March 22.  Their removal was triggered after Britain and its allies sought to punish the Kremlin for "likely" being behind the chemical agent attack of Russian double agent Sergei Skripal and his daughter Yulia in Salisbury, England, four weeks ago.

"[President Trump] is a man with a chaotic mind who can do one thing today, the opposite tomorrow, and the same thing the day after," Garbuzov said. "In words he congratulates Putin on his presidency, in deeds he expels diplomats."

Indeed, Russia has turned to find an anti-American kindred spirit in China, who is all too welcoming to reciprocate the friendship amid the current trade war.

The leading minds in Asian foreign affairs are corroborating the news of the growing alliance, as well.

Gao Fei, professor of Russian Studies at the China Foreign Affairs University, told the Chinese state-run media agency Global Times that "China and Russia are developing closer ties not only due to their previous good cooperation but also because of changes in the international environment. Western countries are putting political pressure on Russia and the U.S. is provoking China into a trade war."

Gao predicts that the harsher U.S. tariffs get, the closer Russia and China will become.

"Future cooperation may focus more on fixing the vulnerable cooperation fields, especially trade and business exchanges, which do not match the closer political exchanges," he added.

How to Profit from China's No. 1 Trade War Target

"A trade war could be really bad for a broad swath of companies related to Boeing," he says, "which means you've got the opportunity to buy into otherwise great companies using the same 'military logic' on the cheap."

Keith suggests placing lowball orders at ridiculously low prices as a great way to do that.

"A quick look at the chart tells me that $255.00 is in the neighborhood, because it's consistent with past support."

Keith says investors will intuitively know they're "in the right neighborhood" when "your neighbor or your broker tells you 'that's ridiculous… the stock will never trade at that deep a discount.'"

"More often than people realize," he says, "it does."

But to truly protect yourself, you don't have to wait around for good stocks to become cheap.

Because the time to act is now.

Don't wait – You can see all the details right here.