The Dow Jones today projected a 100-point gain in pre-market hours, as investors continue to assess the impact of growing trade tensions between the United States and China. This morning's rally comes after the Dow erased a 700-point loss during Wednesday's trading session. This was the index's largest rebound from an intraday loss in six weeks.

Whether you're a veteran investor or new to trading, the market's recent volatility is making everyone wonder what these huge price movements mean – including Money Morning Chief Investment Strategist Keith Fitz-Gerald. Keith has been watching the markets over the last few weeks, keeping an eye out for market developments that would change his investment strategy. What he's found is surprising – and profitable. Check out Keith's finding here… 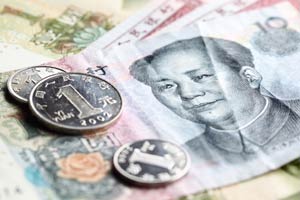 The Spotify IPO has generated incredible buzz across the markets. But if you're thinking that it's time to buy into this streaming giant… know that it's a giant dud. Money Morning Director of Technology & Venture Capital Research Michael A. Robinson has all the reasons why you should avoid the Spotify Technology SA (NYSE: SPOT)… and instead pile into this investment.