Don't be fooled by China's "softening" stance on tariffs.

While Chinese President Xi Jinping made a point to publicly announce on Tuesday (April 10) his country's plans to open up its economy to worldwide trade - lowering tariffs for autos and enforcing the legal intellectual property of foreign firms - he didn't tell the global press the whole story behind these new measures.

That's because he doesn't want the global press to know the whole story...

Indeed, few suspicions surfaced in the wake of Xi's address earlier this week, though many were surprised by Beijing's sudden change of heart. 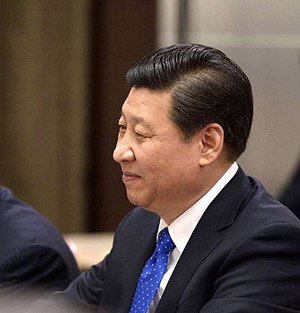 Beijing's sudden, 180-degree shift in perspective this week just doesn't make sense. After all, it was only last Wednesday that the angered nation imposed punitive tariffs on 128 U.S. products, including fruit and pork, in response to the Trump administration's previous decision to slap levies on Chinese steel and aluminum.

There's an ulterior motive for Beijing's "about-face" - and a calculated one, at that.

The project President Xi is trying to hide from the world will rock the U.S. economy like never before once it's fully operational.

We're going to walk you through precisely what China is trying to achieve in 2018 and beyond, so you don't fall prey to Beijing's distraction tactics like the rest of the world...

How China Will Dethrone the U.S. Dollar

China is on the verge of upending the U.S. dollar as the worldwide oil export and import currency standard.

In 1974, at former U.S. President Richard Nixon's behest, Saudi Arabia - chief oil exporter to the world both then and now - agreed to peg oil exports and imports worldwide to the dollar. The petrodollar was born.

But a move away from the benchmark now could start a damaging domino effect. Other nations could follow in China's footsteps, opting to pay for crude oil imports and exports in petro-yuan, not petrodollars.

The Party's Over: Years of smooth markets and steady gains could be about to come to an end as this sinister signal begins to flash red. Click here for a special presentation.

This scenario - a dead dollar and a thriving petro-yuan - is closer than most people think.

In fact, China will take its first steps toward paying for imported crude oil in yuan instead of dollars in a pilot program that launches later this year.

"Being the biggest buyer of oil, it's only natural for China to push for the usage of yuan for payment settlement," said one of the people briefed on the matter by Chinese authorities, according to CNBC.

Shifting just a portion of global oil trade from the petrodollar to the yuan later this year will have a huge impact on global markets in general and the U.S. dollar in particular.

That's because oil is the world's most traded commodity, with an annual trade value of around $14 trillion - roughly equivalent to China's gross domestic product last year.

Which means China's about to get a whole lot wealthier once the petro-yuan is even partially in place.

The dethroned and devalued U.S. dollar, however, will wreak havoc on markets back in the states.

"Moving oil trade out of dollars into yuan will take right now between $600 billion and $800 billion worth of transactions out of the dollar," Carl Weinberg, chief economist and managing director at High Frequency Economics, told CNBC last November.

The dollar-to-yuan swap would also mean "a stronger demand for things in China, whether it's securities or whether it's goods and services. It is a growth-plus for China, and that's why they want this to happen," Weinberg added.

A growth-plus for China, and a massive loss for America.

But not for you, if you know how to avoid it.

Ask yourself, right now, in light of what you've just read: Are you where you want to be financially?

If the answer is no, then you are NOT alone, and you need to click here.

Don't wait - You can see all the details right here.