Back on Dec. 28, 2017, Money Morning Defense and Tech Specialist Michael Robinson predicted we'd see a "major convergence" of cryptocurrencies and the legal cannabis industry in 2018. 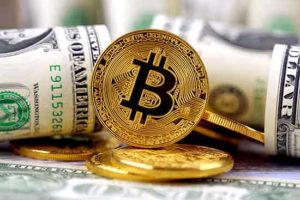 Today (April 17), MassRoots Inc. (OTCMKTS: MSRT) revealed in an SEC filing that it entered into an agreement with six investors in January for the purchase of MassRoots Blockchain Technologies Inc. tokens.

The tokens will be issued to the investors upon the public sale (no date presented) of MassRoots Blockchain tokens, according to the filing.

MassRoots Blockchain is a subsidiary that was formed in December 2017. Through the subsidiary, MassRoots will offer seed-to-sale tracking, smart contracts that execute when certain parameters are met, and identity management.

You see, Robinson was able to identify this new trend before everyone else because he's been a giant in tech investing for more than 30 years.

As a leading analyst and tech journalist, he's been on the forefront of just about every major emerging technology story of the last decade.

His privileged access to technology-pioneering CEOs... prize-winning scientists... and high-profile industry insiders has allowed him to consistently give investors huge gains on remarkable breakthroughs, like 3D printing, the mobile wave, and shale energy technologies, well before anyone else.

Because of his foresight, when Robinson makes a prediction, we listen.

For his Radical Technology Profits paid subscribers, the windfall has been astonishing.

These are just a handful of his most profitable open positions:

And thanks to the marijuana market helping make the $331 billion cryptocurrency market mainstream, he identified Bitcoin as the next major profit opportunity our readers need to know about, and his reason might surprise you...

Can someone please let me know where, who, and how I can buy some cryptocurrencies? I am having a hard time finding the ability to purchase them.

1. Open an account at Coinbase.com and buy some BTC or ETH with a small portion of your holdings (i.e. don't bet the farm).

2. Take the time to educate yourself on a cryptocurrency investment strategy with the idea to branch out to some of the other up and coming cryptocurrencies, decide on a time horizon and such. Keep studying, as it is a big topic.

3. Sign up on one or more other exchanges such as Binance.com, Bittrex.com or Huobi.pro, which will allow you to trade some of the many other cryptos out there.

4. Take the long view, i.e. find the cryptos with the brightest prospects for one or more years down the road. Don't expect to hit the lottery by day trading without researching what you're buying.

Have fun and good luck.

Vince, I really appreciate that you took the time to answer my question. And you answered it so thoroughly. I did exactly what you said, I did with some difficulty at first, I did join
Coinbase…..and Binance. I was able to learn a great deal about what crypto's are worth investing in and which ones to stay away from (there are many to stay away from too) and not invest in. I am not trying to write a book here, just trying to say Thank You!

Check out GOHE, do your research!