The Dow Jones today projected a 80-point gain Monday morning as markets reacted to Warren Buffett's comments during Berkshire Hathaway Inc.'s (NYSE: BRK.A) annual shareholder meeting over the weekend in Omaha, Neb. According to Buffett, Berkshire is currently holding $100 billion in cash thanks to returns on roughly $14 billion of investments made in the first quarter of 2018. Buffett also stated that he would be happy to invest the company's $100 billion if the right investment opportunity arose.

Buffett's returns this year are staggering. However, Money Morning Special Situation Strategist Tim Melvin thinks that the average investor can beat Buffett's returns by going after the one kind of investment the Oracle of Omaha can't touch. Check out Tim's strategy for beating Buffett here...

The marijuana industry is now sitting on $10 billion in annual profits. And it's just getting started. That means that there is still time to get in on a revolutionary opportunity. You see, by 2030, we could be talking about an industry that is worth $75 billion. That's 7.5X growth over the next 12 years. But the way to invest is in the little companies, which will bring EXPLOSIVE growth. We discuss our favorite triple-digit- and even quadruple-digit-winning prospects... right here. 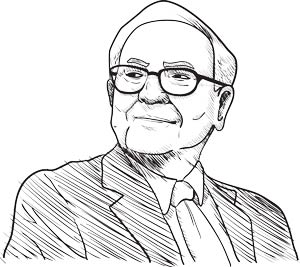